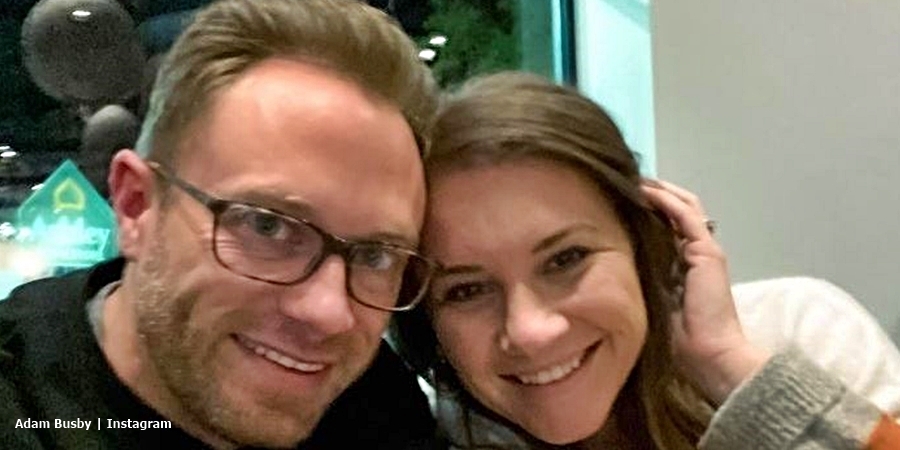 Danielle Busby experienced some odd sensations and her arms and legs. Alarmed, Adam took her to the ER. And, after hours of hanging around, nothing conclusive emerged. Later, Adam updated and said they scheduled visits with specialists. However, it looks like she recovered, judging by a post that the OutDaughtered dad shared on November 19.

We reported that after Adam returned from the ER, he told fans that they simply don’t know what’s wrong. But he ruled out COVID-19 when he spoke about specialists. Then, in the comments section in another post, further feedback came that indicted the many tests shed no further light on Danielle’s problem. However, he assured fans that she seemed in recovery from whatever ailed her. And, he described her as “getting better.”

The OutDaughtered stars ended up at the ER after Danielle Busby appeared as a guest speaker at the Mission Move Charity Gala in League City, Houston. And, her symptoms arrived very suddenly. At the time, we noted that a lot of other health issues could point towards her symptoms. These include things as simple as a pinched nerve. However, far worse illnesses than that might also account for it.

On Thursday, Adam returned to his Instagram and said nothing more about Danielle’s condition. A few fans asked about her, but unfortunately, the post got spammed a lot. So, the conversation died away. However, fans can probably assume that Danielle either recovered completely or is well on the way to it. Adam shared a photo of them together and out and about.

In his caption, he said that he photographed Danielle Busby for another function. It read, “Got to photograph an event tonight at Danielle’s boutique, @graesonbee. Love to see @dbusby…i get what she loves.”

Well, that sounds very positive, After all, she’s not likely to attend events if she suffers from something that draws her close to death’s door.  Hopefully, one day, Adam and Danielle find out what caused the scary condition in the first place.

Fans speculated about a breast augmentation

Historically, on the first post that Adam shared, fans speculated about breast augmentation. Several people noted that sometimes recipients complain of strange sensations. However, it’s not clear she ever got one. Redditors and Facebook users suggest her chest looks a bit bigger than in the past. But, nobody ever saw her recovering on either of their social media accounts.

Plus, as far as anyone knows, Danielle Busby didn’t nip into surgery for a quick removal in the past week. However, for her loyal OutDaughtered fans, even if she underwent any procedure like that, they just wish her well and await word on her full recovery.