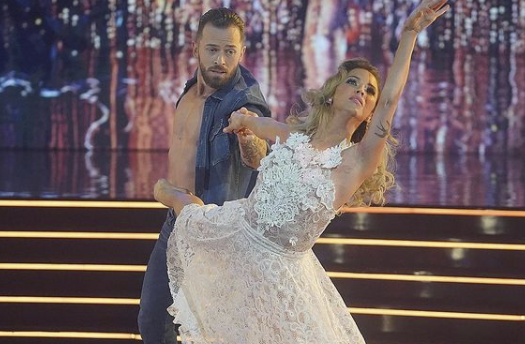 The exciting Dancing With The Stars season finale is in just a few days! Are you excited? On Monday night, the remaining contestants will perform freestyle routines. Parade recently released the competitors’ song choices:

Anything could happen. Even special guest appearances.

If you tune in to watch, you can also see former season contestants. Everyone who competed this season will be back to cheer on the final four — except for Carole Baskin. The Tiger King star went back to her home in Florida and can’t travel due to COVID-19 restrictions. But you can still catch up with Chrishell Stause, Jesse Metcalfe, and the rest of the Season 29 bunch.

The Real host Jeannie Mai exited the competition a few weeks ago for a medical emergency. However, ET reports she’ll be back as well. Fans are going to be really excited to see her again. A lot were sad she left early.

In addition to the guest appearances, DWTS fans have a few special performances to look forward to as well. This is an episode you don’t want to miss.

Get Ready For Some Really Special Performances

Nelly is ready to dance, but he plans to sing too. He’s going to perform some of his greatest hits. If you grew up listening to the rapper, this is an episode you really won’t want to miss.

He doesn't just tear up the dance floor… he can handle the mic too 😉🤩 @Nelly_Mo performs his greatest hits during the #Finale MONDAY on ABC! #DWTS pic.twitter.com/5DAsCjeCdF

Judge Derek Hough will put on his dancing shoes once again to perform a solo on stage. If it’s anything like the Paso Doble he performed with Hayley Erbert this season, it’s going to be spectacular. What do you think we can expect from Derek on Monday night? It should be exciting to see him out there once again.

So who do you think will take home the Mirrorball Trophy? Don’t forget to vote for your favorite contestant! The Dancing With The Stars Season 29 finale begins at 8 PM eastern time on Monday night on ABC. Catch all the action in just a few more days!

Adam Busby Shares Photo As He Takes The Top Off
Courtney Rushes Rivers Waldrop To Hospital AGAIN, Is She Alright?!
Danielle Busby Has Mixed Feelings As She Leaves Blayke Behind?
Jinger Duggar Admits She ‘Struggled’ With Her Family’s Religious Beliefs
Jill Dillard Shows Off Her Garden – Does She Have A Green Thumb?