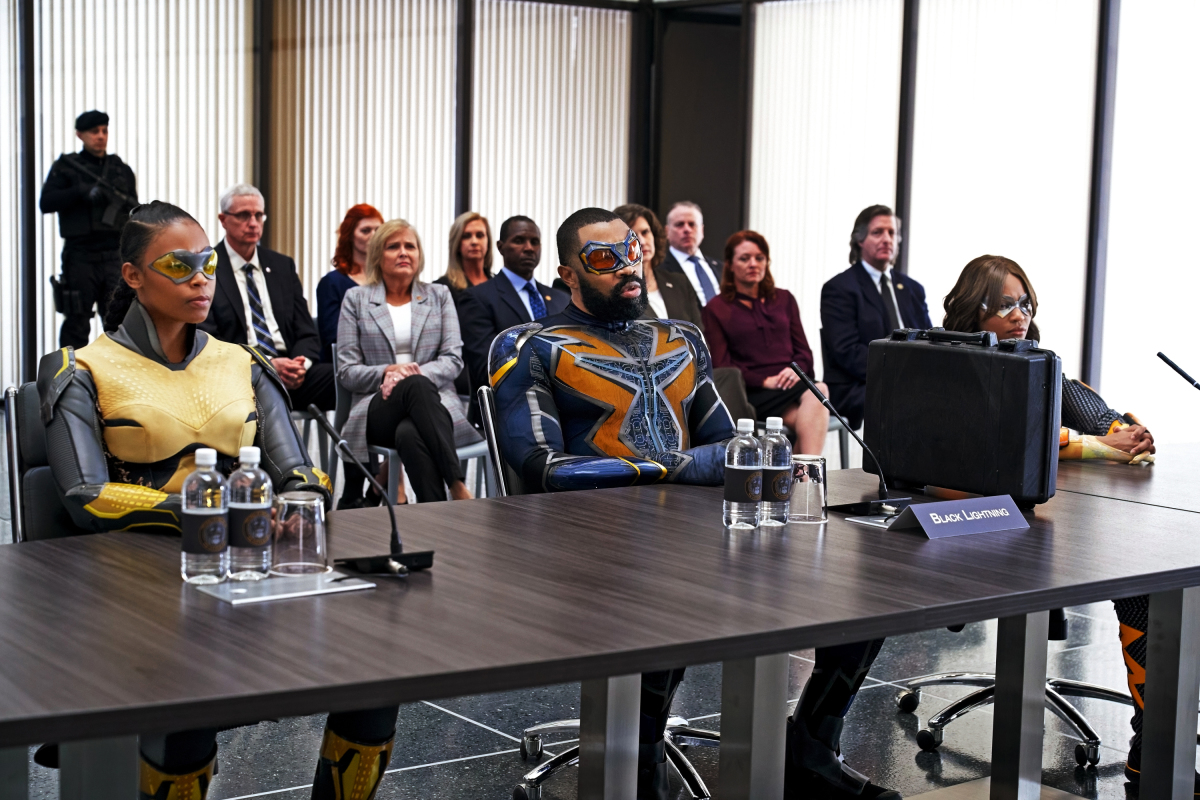 There is some bad news for fans of the Jefferson family. Black Lightning is coming to an end.

TVLine reports that Black Lightning Season 4 is the end. It’s not clear who has made the final decision, but executive producer Salim Akil only has good words to say about the network that brought the Black superhero to light.

There is a little good news in the bad. The planned spin-off, Painkiller, is still in the works.

Black Lighting Will Not Get a Season 5

There is no fifth season for Black Lighting and his family of superheroes. It will come as a disappointment for fans who finally get to see themselves on TV. With so many white superheroes already, having a family of Black superheroes is a positive thing on TV screens. And this isn’t just about a Black man in the lead role. Two Black women stepped up their games, with one of them being a lesbian character. This show is all about positive inclusion, and it quickly gained a lot of support for that.

Sadly, the ratings were low throughout the previous season. Some wondered whether it would be renewed for a fourth and final season. The CW offered a glimmer of hope when it announced Black Lightning’s early renewal back in January 2020.

The good thing to come from the timing is that the writers can craft an ending. Black Lightning isn’t really canceled. It is coming to an end, with a goodbye for the characters.

It is disappointing, though. The pandemic delayed Black Lightning Season 4, and there is a chance it is a shorter than normal season.

Painkiller is back in action for a special episode for Season 4! #BlackLightning pic.twitter.com/bWRzBBBYeL

There Is Still the Painkiller Spin-Off Planned

Fans will not say goodbye to the world of Jefferson Pierce completely. The Black Lightning spin-off, Painkiller, is in the works. Black Lightning Season 4, Episode 7 is the backdoor pilot. Akil will write and direct the episode, and it focuses on young Khalil Payne, played by Jordan Calloway.

Khalil is a young man riddled with guilt. He did some terrible things throughout his time on Black Lightning, but he wants to turn his life around. He will move away from everyone he knows and loves for a fresh start, burying Painkiller forever. Of course, that is easier said than done!

There is a chance Black Lightning characters will appear in the spin-off. However, this is a chance to focus on another character. It still offers a Black lead and there is the chance for more Black characters.

Painkiller joins Wondergirl and Superman & Lois as new shows in the CWverse, and Stargirl Season 2 premieres in 2021, continuing the new generation of superheroes.

What do you think about the decision to end Black Lightning? What would you like to see from Painkiller? Share your thoughts in the comments below.

Josh Duggar Molestation Scandal Revisted By Jinger Vuolo
‘Game of Talents’ Exclusive: ‘Joanne’ Tests Freddy and Jessica’s Sleuthing Skills
What Happened To ‘Return To Amish’ Star Jeremiah Raber’s Father?
‘Below Deck Sailing Yacht’: Why Dani Is Keeping Her Pregnancy To Herself
Spoilers: ‘The Masked Singer’ Final Four. Who Is Behind The Mask?