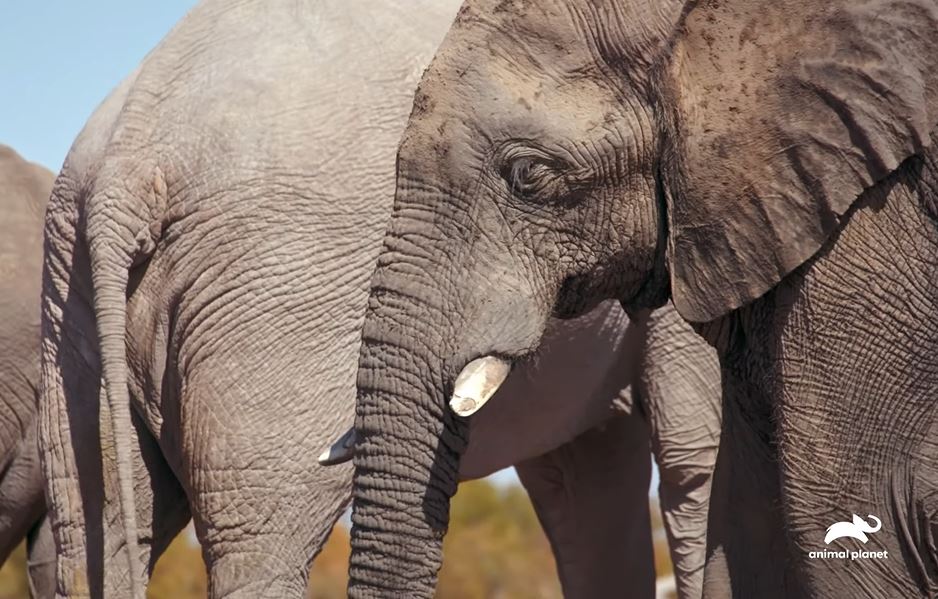 Today Animal Planet announced the three-hour television special, Walking With Elephants, which follows the endangered mammals journey to the Okavango Delta in Botswana for its source of food.

The African elephant is the largest land animal on the planet. Botswana is home to the world’s largest elephant population, and explorer and conservationist Levinson Wood embeds with the elephants on the move and travels than 650 miles by foot to follow their migration.  Wood and local safari guide Kane Motswana, a San bushman gives the Animal Planet audience unmatched access to the dangers these highly intelligent animals must overcome – poachers, predatory wildlife and dehydration – to arrive at their destination.

Once millions of elephants roamed across Africa, now there are less than 450 000 as poaching, destruction of habitat and conflict with humans is driving them to the brink of extinction. Wood speculates that by 2040 these iconic creatures could all be gone.

About Walking With Elephants

Annually there are thousands of elephants which make an long journey to the Okavango Delta in Botswana to feed on the vegetation,. Their numbers are dwindling thanks to poachers and drought. This documentary gives a deeper understanding of the majestic elephants and their migration route from the salt pans of the Kalahari Desert where the journey begins to the nutrient rich lands of the Okavango Delta.

Enter Levison Wood, a dedicated explorer and conservationist, as he is led by these majestic animals on their annual migration across Botswana; a journey filled with risks and dangers as elephants are coming under more threats than ever before.

Wood and local safari guide Kane Motswana, a San bushman who grew up in the wilds, gives the viewer unmatched access to the dangers these animals must overcome – poachers, predatory wildlife and dehydration – to arrive at their destination.

Not without his own close calls, Wood has his own terrifying encounters with predatory lions, hippos, crocodiles and even the elephants themselves.

Wood is known for Walking the Nile and Walking the Americas as he has completed travels of more than 650 miles by foot. No one has followed the migratory pathways of these elephants so closely as he has done.

Published earlier this month, Wood’s book, The Last Giants: The Rise and Fall of the African Elephant dives deep into his study of African elephants. Weaving observation and facts, Wood traces the journey of the elephant throughout time and across some of Africa’s landscapes.