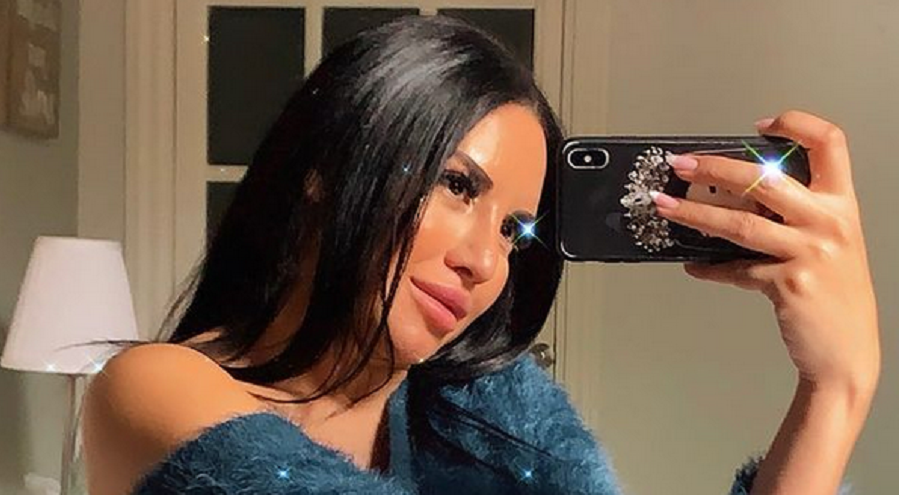 Shanti doesn’t think that Florian is “ready” for marriage. She feels that he’s more of a womanizer at heart. The dark-haired beauty revealed that he’s always chasing women and opportunities. According to Shanti, Stacey is his “first opportunity” outside of “his country.”

She went on to throw shade at the couple.

In an exclusive interview with In Touch, Shanti shared her thoughts on Stacey’s marriage to Florian. It appears the drama continues to unfold well after Season 1 of Darcey & Stacey wrapped up. During the first season, Shanti spoke to Stacey’s sister, Darcey Silva. She then sent Darcey a video of herself in video with Florian.

Darcey showed her twin sister the incriminating evidence. Stacey confronted Florian, which led him to confess that he only kissed Shanti. But he claims they never slept together. But Shanti has a different story.

“I don’t think there’s any man who’s going to sit with me in bed and is only going to kiss me,” Shanti told In Touch. “To have a hot woman like me in bed … because we all don’t believe that, right? Yeah. I guess that’s what Stacey wanted to hear.”

Shanti also revealed that TLC reached out to her after learning about “the pictures out there on social media,” which was first reported in November 2019. So, she wanted to share her side of the story on the show.

“They wanted me to appear on the show with Stacey, but I never thought I’m going to talk with Darcey face-to-face, so I thought I [was] going to talk to Stacey because this is an issue with me, Florian and Stacey,” Shanti continued. “I feel very attacked. [Darcey] was yelling and saying the b-word and hanging up.”

Shanti and Florian met up with each other after they met through Stacey. She claims they all followed each other on social media. And then Shanti, finds herself entangled in this love triangle. However, she claims that she’s “not a homewrecker.”

Reveals she was intimate with 90 Day Fiance husband

Shanti dished more on her alleged affair with Florian. She told In Touch that she slept with the 90 Day Fiance alum “many times.” The Belgium native met with Florian after he reached out to her on Instagram. They maintained contact through DMs before he asked her for her phone number and then met in person.

“He made me believe he was single and that’s why I still [had] contact with him,” Shanti said. “That’s the only true reason.”

They met in person when Shanti traveled to Florian’s native country of Albania for a photoshoot. He visited her apartment where they kissed. Shanti was surprised by his flirtatious advances, especially when she thought he was in a relationship with Stacey.

The two then met up again in Albania. At the time, Shanti and Florian rented an apartment together. But she ended up paying for everything, including the dinner and drinks. It wasn’t until the second date that they got intimate.

Their passionate kisses led to intimacy. “Multiple times,” Shanti added. Their tryst was exposed when photos of Florian and Shanti leaked back in November 2019. Shanti claims the photos were taken during their third meeting. She also returned to Albania because she agreed to do a photoshoot with Florian.

As for Stacey, she hasn’t responded to Shanti’s latest claims. It’s likely that it will be addressed in Season 2 of Darcey & Stacey.