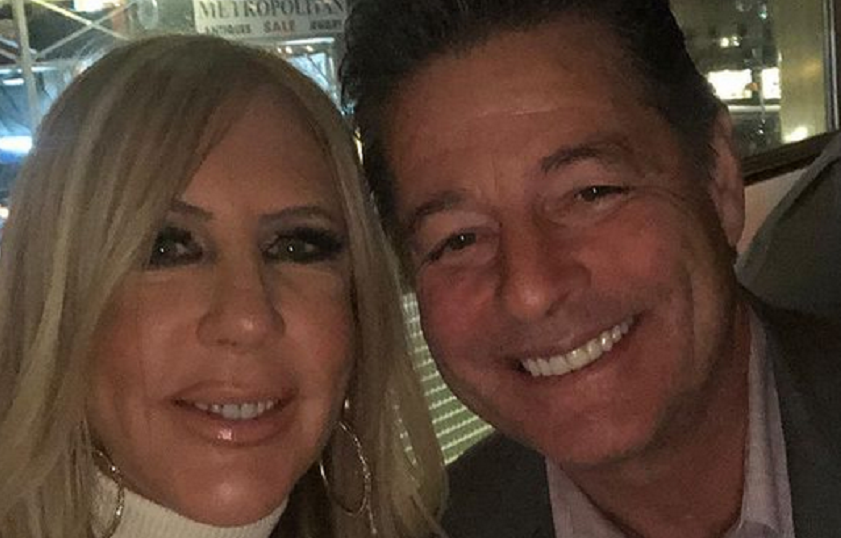 Vicki Gunvalson is not happy with being mentioned on The Real Housewives of Orange County Season 15. As TV Shows Ace previously reported, she said on Twitter that she should get a residual check from the show. Fans noticed how much her co-stars talk about her on the show. And now it seems like the name-dropping won’t stop.

Earlier this year, Vicki announced her departure from RHOC. She was the Queen of the OC, so she’s going to be mentioned whether she likes it or not. The Bravo star took to Twitter to express her frustrations over the show still mentioning her name.

It’s clear that she’s unhappy about this latest name drop. Vicki Gunvalson appeared on The Real Housewives of Orange County for 14 seasons. But then she left the show before filming for Season 15 started. Vicki didn’t like being demoted during the previous season.

After being on the show since the beginning, it’s hard to ignore her absence. During Season 15, her co-stars keep mentioning her. And on Wednesday night’s episode, her name popped up once again. Since Braunwyn Windham-Burke renewed her vows to her husband, the show mentioned when other housewives did the same.

Vicki renewed her vows with the infamous Donn Gunvalson. A flashback from their wedding aired during that episode. However, their marriage didn’t make it. Also, Shannon and David Beador’s marriage didn’t last shortly after their vow renewals. Some would say that a vow renewal ceremony is the “kiss of death” in a couple’s marriage.

After the scene aired, Queens of Bravo shared a screenshot of the image on Twitter. Of course, Vicki Gunvalson took notice of the mention. She took to the tweet to share her grievances.

She previously called out the show for not receiving a “residual check” for continuing to be mentioned in the new season.

“If we aren’t good enough to be on, then why use our names at all?” Vicki responded to a fan questioning why she was still mentioned.

She’s not a fan of the new season of RHOC

Vicki Gunvalson is not happy with the show moving on without her. Before the RHOC Season 15 premiere, the insurance agent revealed that the new season looked like a “hot mess.” It’s unclear whether Vicki saw the entire season before the fans. But she explained each of the cast members in great detail.

“This season is chalking up to be such a big joke and I am happy to say I’m no longer a part of this hot mess,” Vicki previously told Celeb Magazine. “You have Kelly Dodd mocking COVID and wearing hats that say ‘Drunk Wives Matter,’ you have Boring Wind [Braunwyn] and her ‘modern marriage’ – whatever that means, you have the miscasting decisions that were Emily [Simpson] and Gina [Kirschenheiter], and you have wackadoo Shannon who really needs to check her ego and remember where she came from, where she started, and who was there for her all along.”

If we’re asking Vicki and Tamra to move on from #RHOC, we have to ask RHOC to move on from them too. Editors using a flashback to Vicki & Donn’s vow renewal doesn’t feel right when she’s not friends with any of them. pic.twitter.com/OXVDiL3MKh

As fans remember, Vicki and Braunwyn never got along. Then, she left the show on bad terms with Kelly Dodd. She also shaded Emily and Gina as casting decisions. And the Tres Amigas are on the outs as Shannon doesn’t speak to either Vicki or Tamra Judge.