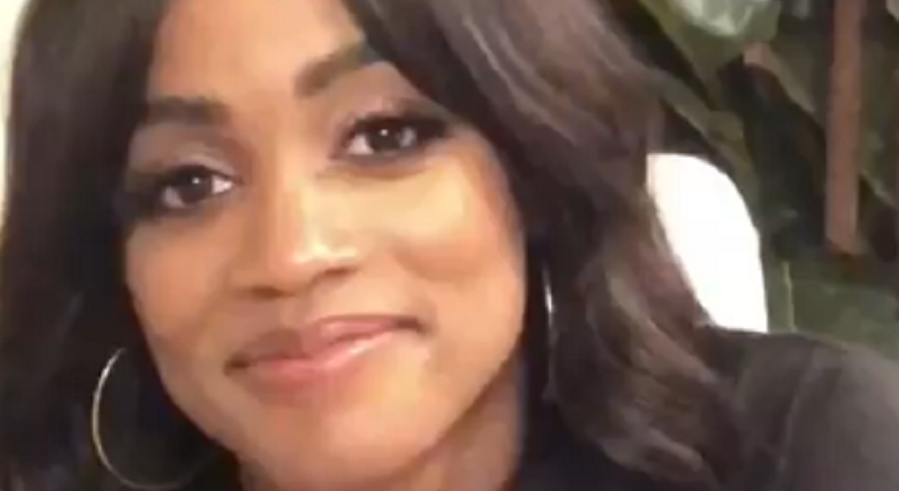 Rachel Lindsay has been advocating for more diversity on The Bachelor. And now it’s finally happening. In a new interview, she revealed that the franchise is working with a diversity consultant. This comes amid the cries from Bachelor Nation to diversify the dating series.

Rachel also shared her thoughts on Tayshia Adams. She thinks that Bachelor producers did a great job with casting. Of course, Rachel was positive about this before. She had high hopes for both Clare Crawley and Tayshia Adams to find their own happy ending.

While it came with some drama along the way, it’s now Tayshia’s time to shine.

The former Bachelorette talked about The Bachelor franchise. Rachel Lindsay, among others, has been calling for more diversity and inclusion on the popular ABC dating series. She believes that Tayshia Adam replacing Clare Crawley is a big deal for the show.

“I’ve been a big proponent for diversity and inclusion. I think it’s so important. And I don’t think this is said enough that Tayshia is representing two cultures,” Rachel explained to Us Weekly. “She is Black and Latina. And everyone just wants to call her the second Black Bachelorette. But she’s a first Black and Latina.”

The 35-year-old planned to film a scene with Clare in Palm Springs, California. Then, ABC told her that they replaced Clare with Tayshia, she was excited. As fans know, Clare got engaged to Dale Moss two weeks after filming.

“Obviously, I wanted to be a part of Tayshia’s season. It’s history,” Rachel said. “And I’m happy that the show was able to make that happen. And I come later in the season. There’s your tip, I come later!”

Rachel did make it to La Quinta Resort. Back in June, ABC announced that Matt James would become the first Black Bachelor. While Rachel felt that the casting was a “response to what was happening” in the world with the Black Lives Matter protests, she feels Tayshia’s casting is an important step worth taking.

Rachel Lindsay also revealed that The Bachelor is working with a diversity consultant. She feels that it’s important to have diversity throughout the show. It’s not just about having the next Black Bachelor or Bachelorette. Diversity should be reflected behind-the-scenes as well, says Rachel.

“We need somebody who is checking people making decisions, to make sure that they are either sensitive or inclusive to different cultures,” Rachel explained. “So I think that’s a step in the right direction as well. Also in the storylines. I want to see the storylines for more people of color, you know?”

Rachel noted Dr. Joe Park on Tayshia’s season. She doesn’t understand why the viewers aren’t getting to know him more. As for Rachel, she’s not going to stop holding the franchise accountable. And now she wants to make a change on the new platform Sezwe.