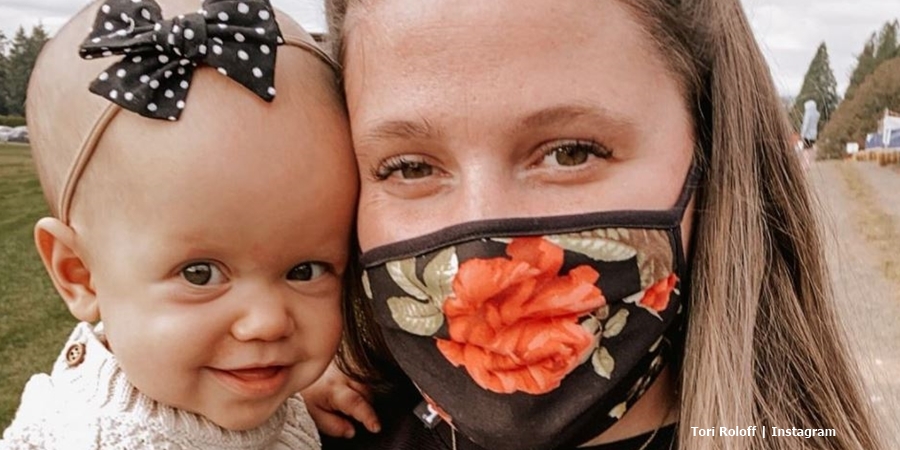 Lilah Roloff turns one-year-old on November 19. But Tori and Zach celebrated her cake smashing a day early. The low-key ceremony took place without other people around. However, it sounds like they plan something special for their daughter on her actual birthday.

We reported that in October, Tori Roloff shared about Lilah turning 11 months old. Back then, her thoughts already turned toward her first birthday. She wrote, “11 months old?! One more month until this bean is 1?!” And then she listed her milestones like clapping, waving, and her first “teeth” emerging. Later, she shared comparison photos of her son Jackson at a similar age.

Little People, Big World fans all agreed that time just flew by. After all, it still feels like yesterday that Lilah Roloff arrived. And of course, they all wondered what Tori plans for her daughter’s first birthday party. Some people keep it very low-key. Meanwhile, others make a big thing of the big day. Too small to understand it, often it becomes more a celebration for the parents rather than the child.

On November 18, Tori shared a few photos of Lilah. One showed her sitting in a tiny white dress in front of some boards that spelled out her age. Then, the progression of pictures showed her sticking her finger in the frosting, through eating the cake and then smearing it on her pretty dress. Tori then talked about why they kept it low-key for their baby girl.

The TLC star wrote, “Our sweet Lilah turns one tomorrow!! I actually can’t believe it.” Then she explained, “We knew she wouldn’t love doing the cake smash thing in front of a crowd (even if it’s just family) so we did it alone!” And then Tori noted that her daughter didn’t seem like a “huge fan” of cake smashing. But, “she was a good sport!”

Expect loads of photos of Lilah

Tori also mentioned Little People, Big World fans should expect plenty more “girlsie spam” in future. She really looks forward to the official celebration. And it sounds like Lilah Roloff fans see plenty of photos as the family celebrates the big day. Her fans told her not to apologize for sharing much more about sweet Lilah. TLC fans adore everything about this tiny little person.

One fan of Lilah Roloff commented, “The only reason why I can’t take all the spam is because my HEART might freaking explode. She’s the best little bestie ever. 💕 Happy birthday (tomorrow), sweet girl. We loooove you!!!!” Another fan noted, “Spam away 👌.”

Can you believe that Lilah Roloff turns one-year-old already? What about her rather hesitant cake smashing? Do you agree that she’s totally adorable? Sound off in the comments below.