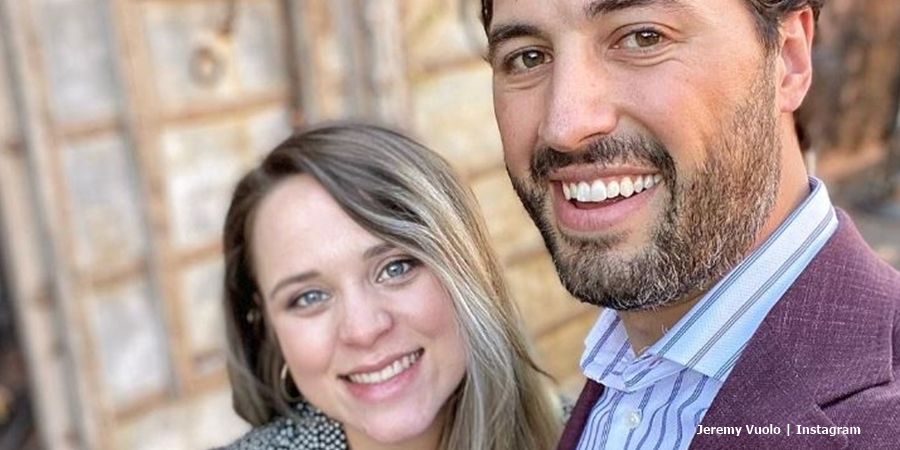 Jinger Duggar Vuolo and Jeremy from Counting On expect their baby this month. And, it seems they grow a bit impatient for the little one. On Thursday, November 19, Jeremy talked about a “pregnancy salad.” Considered a bit of myth, it might get baby going as Jade Roper Tolbert tried it with Brooks

Jeremy shared a photo of Jinger next to a huge board that said “Salad Babies.” Plus, a lot of names were written on it. In his caption, Jeremy tagged @Caioti Pizza Cafe. Then he wrote, “We’ve heard rumors of a salad that puts you into labor.” Well, some TLC fans seemed awestruck and interested. One of them said, “Where can I get this salad??!!!” And another one exclaimed, “Wait, what?” Then a further follower wrote, “Yes!! I’ve heard it works!! Good luck!!”

We reported in July 2019, that Jade Roper from Bachelor in Paradise tried that salad. Fans of Tanner and Jade heard that Bachelor Nation star Ashley Iaconetti bought her one. Later, she reported that she felt a bit “funky.” And, everyone knows what happened next. Brooks arrived in such a rush that Jade birthed him in the closet. So, while people call the pregnancy salad “myth and legend,” just maybe, Jinger Duggar’s onto something that might work. 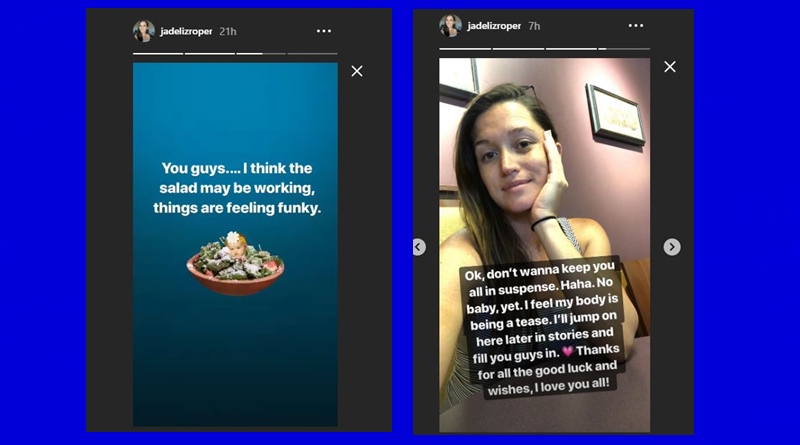 Does the pregnancy salad work?

On Jeremy’s post, one fan who tried bringing a baby along what a pregnancy salad failed. They wrote, “Ha ha! It didn’t work for me, but it was good!” But another one said, “it worked for my friend.” As she tagged the friend, probably thousands of people now hit her up on Instagram for the recipe. Meanwhile, others suggested that the Counting On star tries “Japanese tea.” And another one suggested “fresh pineapple.” Then, a TLC fan spoke about her mom who ate “greek salad.” And, that worked, apparently.

Well, the Daily Mail wrote in 2018, that Hillary Duff tried the salad. In fact, the outlet said she tried the same salad that Jeremy tagged. They noted, “Hillary Duff told her followers she was trying the famous salad from Caioti in LA’s Studio City in an attempt to induce labor.” And apparently, the legend that it works came from over 30 years ago. One woman who ate a salad there went not labor straight after her meal. So maybe Jinger Duggar tried the same salad!

However, an OBGYN attributed the sudden labor to “enzymes in the balsamic dressing.” But, they caution against drinking it in shot glasses. However, it seems that walking or even a bit of late pregnancy rumpy-pumpy might to also do the trick. Notably, the outlet wrote the article about Hillary Duff on October 17 and she welcomed her baby eight days later.

What do you think? Should Jinger Duggar stick with the pregnancy salad? Sound off in the comments below.

Wait, What?! Matt James & Rachael Kirkconnell Left ‘After The Final Rose’ Together?!
Run-In With ‘Friends’ Star SHOCKED Tyler Cameron & Here’s Why
Katie Thurston Proves She’s NOT The Master Of Disguise
‘DWTS’ Pro Gleb Savchenko Has Some Exciting News — What Is It?
Savannah Chrisley Has A BIG Question About Showering & Storms