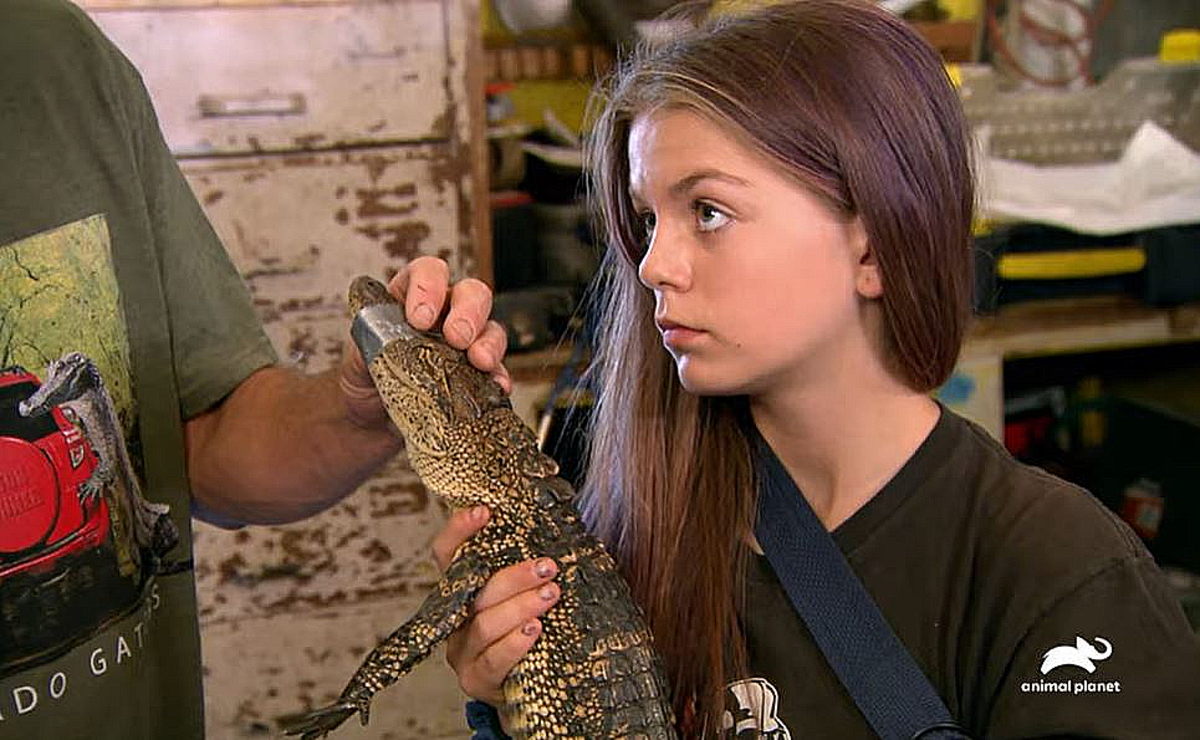 Where are my gator fans at? On the next Dr. Jeff: Rocky Mountain Vet on Animal Planet this weekend, an act of kindness for an abused reptile is one of the compelling stories we will learn about.

In TV Shows Ace exclusive clip below we meet Addie.

She is the niece of Jay who has called upon Dr. Jeff for help. Addie is a sweet little girl and she has a little alligator named Tony which she is trying to help.  Dr. Jeff is consulting with her uncle Jay who has rescued the animal.

Tony is a rescued immature alligator from the Denver area who we find out was likely abused, and the story is so sad.  Any creature harmed is a tragic story.

On the next Dr Jeff: Rocky Mountain Vet episode

Dr. Jeff explains that people should not own these reptiles as pets as they are unpredictable and need space. They can be very dangerous, even the toothy  juveniles.  But poor Tony was hurt by her previous owner. Jay’s niece Addie is very concerned.

In the clip, Jay shows Dr. Jeff where Tony has an injury. They deduce that the gator might have been injured by a car door slamming her.

Jeff tells Dr. Jeff: “This is Tony…and he just came to us recently a rescue from Denver, [and is] three to five years old. We don’t know for sure… a lot of the rescues are small for their age because they were kept in small aquariums.  This was a confiscation. They used to be legal for pet stores to sell them. Nobody should own alligators as pets, bottom line.”

In agreement, Dr. Jeff says: “Years ago. you could get about any pet in America. Most of these animals are not good pets.  They can be very very dangerous in the end they can get out and they can hurt somebody.”

Tony the gator is examined and they conclude that it was a likely car door slam that injured her tail.

Dr. Jeff recommends some antibiotics and Jay wants to get his opinion about amputating the injured tail. They look at where the cut needed to be as the gator has to be taped up as not to bite anyone.

They also note that if nothing was done the gator would likely die from massive infection. One that would have traveled up the spine.  As they talk about the treatment and the gator’s overall condition, Addie is visibly worried.  She asks: “She’s going to be okay right?”

Dr. Jeff explains in a separate interview that Addie is Jay’s niece visiting for the summer, and she wants to be a veterinarian.
He says: “I think it’s great to get kids involved.”

They use some ketamine to put Tony to sleep so she doesn’t feel anything while they do the amputation surgery.  They explain the anesthesia methods to Addie as she watches.

Tune in to see how Tony the gator does in her surgery and catch more stories from Dr. Jeff on Saturday: