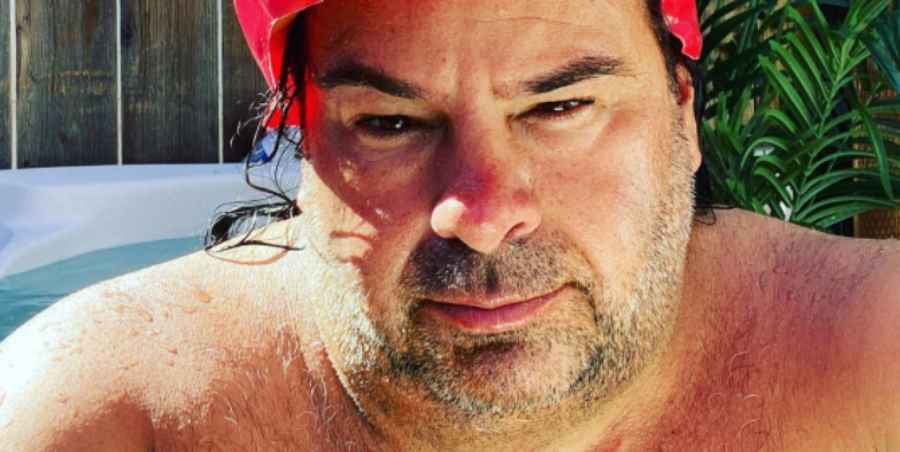 Big Ed Brown appeared on the latest season of 90 Day Fiance: Before the 90 Days. He was a controversial figure right from the start. After Ed’s disastrous relationship with his Filipina girlfriend, Rose Vega, he continues to be controversial. His latest thing was posting two black and white videos to his Instagram account. Both show him drumming along to some music. His deadpan face and limited drumming skills caused many fans to ask him “Why?” His efforts were what one fan called “underwhelming.”

Fans will remember all the lies Big Ed told Rose Vega during their short-lived relationship. One of these lies led to their break-up when he told the mother-of-one he was planning a vasectomy. At the start of their online relationship, Rose had made it clear that she wants more kids. He didn’t bother to tell her his plans at that stage.

Anyway, since then Big Ed has worked hard to start his own merchandise line, BigEdWear. This started with Halloween when he was selling scary masks of his own face. He recently posted an image of Awkwafina wearing a t-shirt sporting his face. She probably got it from a third-party vendor, but still, this was likely a huge deal to Ed. He shared the image, writing that she was “the funniest girl on social media.”

A week before this, Big Ed got in trouble for his Veteran’s Day post, by tagging it with his merch website. His followers were upset that he was using the special day to promote his own products, especially as he is no veteran himself.

His latest efforts on Instagram include two black and white videos of him drumming to classic songs.  Fans were quick to critique his performance, with one writing that the beats were pretty simple and basic. Another wrote how underwhelmed they were by Ed’s drumming, while yet another said his “timing is off.” Yet another fan joked, “Neighbors must love you when you’re banging on those drums Eddy!” To save readers’ nerves here is just one of the drumming videos.

While most fans criticized his performance, others were impressed. One fan, wrote, “Big Ed will you be the drummer of my band pls [sic]” After watching the two videos, another asked if someone actually paid money to watch him play the “most basic beat on a sh*tty drumset.” Another asked why one of his drums was duct-taped together. Did he break the drums in a fit of rage?

Big Ed’s videos left his followers with many questions. Will he continue to post even more drumming videos to Instagram? For now, his many followers will have to wait and see.

In the meantime, fans of the TLC reality show can catch 90 Day Fiance: The Other Way on Sundays at 8 pm ET.