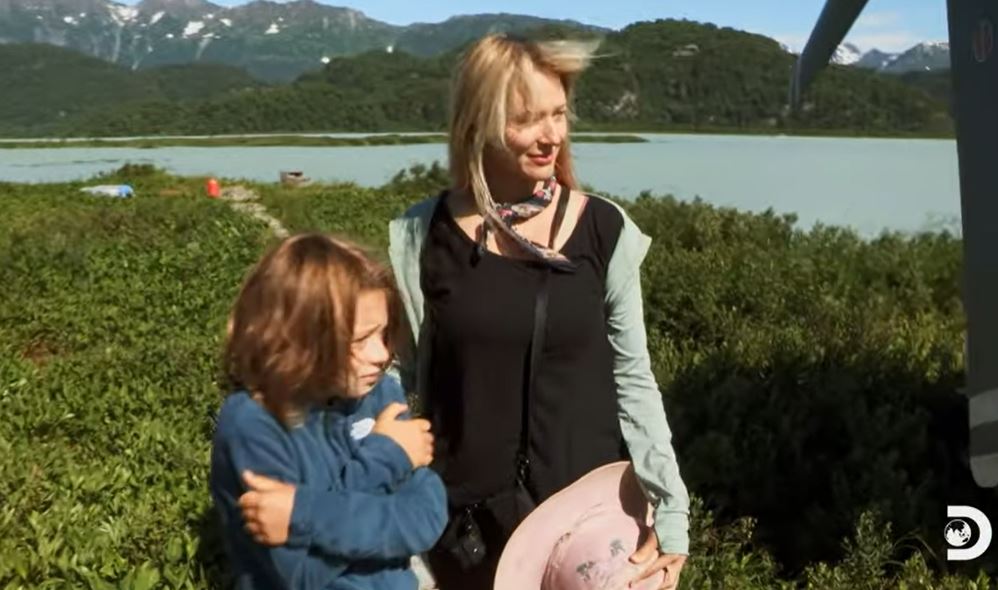 This Sunday on Discovery is a no miss episode of Alaska: The Last Frontier as Jewel, one of the Kilcher kin, has a very close call with a bear.

The series brings the most famous of the Kilchers, Jewel, back home on the series as she and Jane narrate TV Shows Ace exclusive clip.

The singer is currently promoting her 25th anniversary of her landmark Pieces of You album and has close ties to her Alaskan family that hailed from Swiss immigrants who settled the area and live off the land.

She seemingly got a bit too close to nature and lived to tell the tale on this coming episode.

What happens to Jewel on Alaska: The Last Frontier

Jewel, famous singer and daughter of Atz Senior, makes her annual summer trip to the homestead with her son Kase and fly on a float plane to a remote location where they fish for salmon in bear-infested waters.

She is in a boat with ace fisherman Jane Kilcher. Everyone is aware that Jane knows her way around a fishing rod.

They see a bear in the field and know that fish are nearby. They are fishing for red salmon, a prized delicacy.

They spot a beat off in the fields, unaware two women are casing him through binoculars.

She adds: “So watching Kase come here, it’s been a fun tradition.”

Ss they board the boat and are fishing, a bear is spotted right off their boat starboard, he is swimming very close.  Bears are excellent hunters and swimmers and Jane is rightly worried.

She says: “That’s the closest i’ve ever been to a bear. Even though he’s in the water I’m in a boat… I don’t trust bears at all… that’s too close.”

Also on the episode

Unable to bring along cows that were about to give birth during their first cattle drive, Otto and Charlotte are forced to do a second drive with the newly born calves and their moms.

They go by boat, get grounded and Otto has an epic Kilcher meltdown.

And Atz Lee and son Etienne are putting in huge amounts of insulated foam into the walls of their new backcountry homestead to make sure they don’t freeze during the epic Alaskan frigid winters. Calamity strikes as while hauling extension ladders through muddy bogs to the build site, they accidentally overturn the trailer.