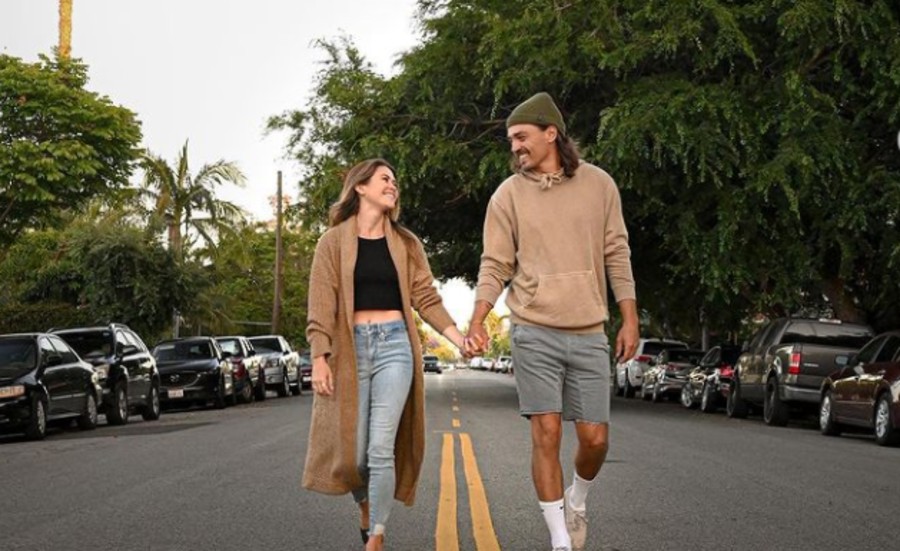 Dean Unglert and Caelynn Miller-Keyes are still going strong after getting together on Bachelor in Paradise. When it comes to her past love lift, Dean admitted he had a little trouble with it initially. Fans who watched the show know that Dean left the show but couldn’t stay away from Caelynn and came back for her.

He said, “a long time ago, when we first started dating, there were things where I was, like, disappointed about or just upset to hear.” More than likely, he was talking about Caelynn having a relationship with Blake Horstmann. She called him out for sleeping with her and cast mate Kristina Schulman. It became a big deal when Blake tried to clear his name by posting their text messages publicly.

On the, “Help! I Suck at Dating,” podcast he said, if he turned it around and put himself in the same position, it would be worse. He stated he wasn’t going to be a hypocrite on something that he would look, “20 times worse,” about. He said he wasn’t going to get upset if his past relationships were worse.

Dean Unglert Felt Like He Could Let The Past Go

Dean Unglert said, “I don’t think that you should ever really hold your significant other accountable for the things that they did,” in the past. He stated he could dwell on it but there wasn’t a reason to.

In the video below the couple showed how they got out of the country for a little while. Dean captioned it, “three flights, two covid tests, and a boat ride and we finally made it to the [sic] maldives.” Caelynn has admitted in the past how she didn’t go many places as a pageant queen. Since getting together with Dean, she’s a lot more adventurous.

The Couple Wears Rings To Symbolize Their Commitment To Each Other

Caelynn had the same thing to say, she said, “it’s like, ‘That was before me, I don’t care. I don’t need to know’ kind of thing,” she noted. Dean Unglert also addressed  According to US Weekly, he said, “I don’t need the title of husband to show the world that I’m committed to one person, and so the fact that I’m wearing the ring is showing just that.”

He means the wedding rings they wear despite not being married to show how serious they are about each other. Unglert said, “I’m committed to Caelynn and only Caelynn. And that’s why I’ve been wearing it for the past six or so months.”

Caelynn and Dean are in it for the long haul and fans continue to follow along on their journey.  Do you think Caelynn’s past should have bothered Dean? Comment your thoughts below.