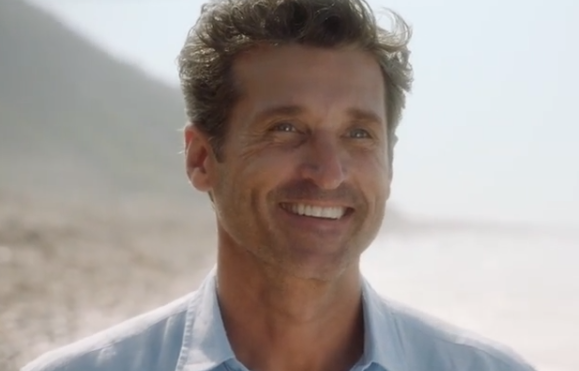 Hardly anyone knew Patrick Dempsey planned to return to Grey’s Anatomy this season. His character, Dr. Derek Shepherd, died in a tragic car crash several seasons ago, so there were no immediate plans to bring him back. Most of the cast and crew remained completely in the dark about Dempsey’s return. And that’s what made it such an excellent surprise.

“The timing for Patrick’s return had finally come. He was extremely professional, friendly, funny, and his chemistry with Ellen [Pompeo] was still there,” a source told Us Weekly. “The crew enjoyed the time with Patrick, and there was a lot of catching up.”

Why Did Patrick Dempsey Return This Year?

At the end of the Season 17 premiere, fans saw Meredith collapse in a parking lot after weeks of grueling shifts. But in Meredith’s mind, we see she’s on a beach somewhere — with Derek. It’s a little too early in the season to think Meredith died, so this is likely just a dream sequence. He’s probably just here to help Meredith navigate through her apparent illness. Is it possible Meredith even has COVID-19?

See how we got here… or just watch it for the 5th time… with #GreysAnatomy streaming now, on demand and on Hulu! 💙 pic.twitter.com/V6CaxzpAcF

“I think the whole atmosphere has changed, certainly working at the beach, and seeing everybody again was really a very healing process, and really rewarding, and a lot of fun,” Dempsey told Deadline. “And hopefully, that feeling translates, and the fans enjoy it. I know that they’ve been wanting us to get back together, and I think this will satisfy a lot of people, and surprise a lot of people, hopefully.”

Grey’s Anatomy confirmed that Patrick Dempsey is only here for a short time — so don’t get too used to it. But he will also make more than one appearance. Perhaps next week we can expect some more lines.

An End To Derek Shepherd

Patrick Dempsey still had some time left on his contract when he departed in 2015. Even so, he remained very professional in exit interviews.

“It just sort of unfolded in a very organic way,” Dempsey told Entertainment Weekly at the time. “I don’t remember the date. It was not in the fall. Maybe February or March.” He reiterates: “It happened very quickly.”

Grey’s Anatomy fans all over the world were stunned. How could the show kill off its leading man? Many were certain that this would be the end of the show, but Ellen Pompeo was determined to keep it going. She said in interviews she wanted to show that she could keep her character going even without a love interest.

Are you excited to see how this season plays out? Let us know in the comments. Tune in tomorrow to catch the next exciting episode of Grey’s Anatomy.