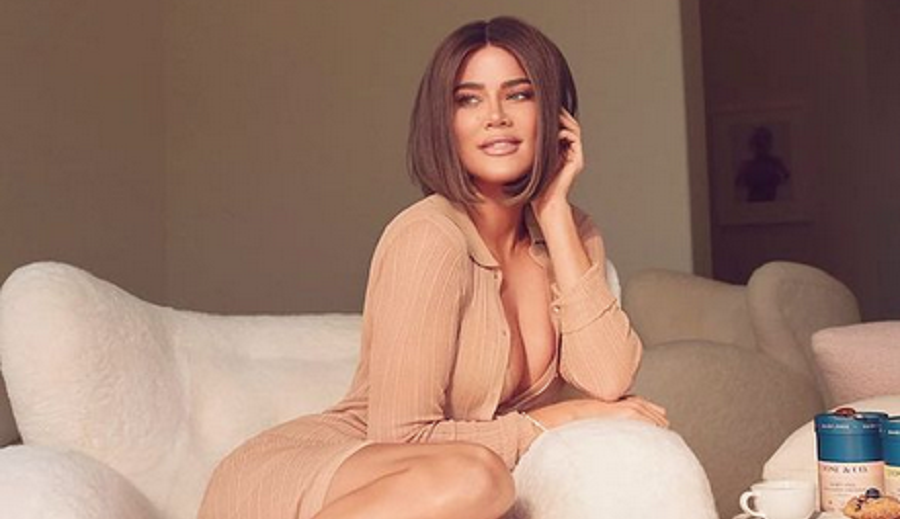 Khloe Kardashian has got people talking about her face again. On Sunday, November 16, the Keeping Up With the Kardashians star posted a new video. She won a People’s Choice Award for 2020’s Reality Television Star. Khloe beat her own sister, Kim Kardashian.

In the tweet, Khloe said she’s not good at speeches. She was not prepared. But she was honored by the award. It came as a shock to her. But fans were more in shock over her appearance.

Some of them didn’t recognize her. The internet melted when Khloe posted the video on Twitter.

On Sunday, the Good American founder posted the video. In the caption, she wrote: “This is so awkward lol but I’m only doing this because you or one person asked for it.” In the 59-second video, Khloe Kardashian thanked her fans for their votes.

“This is really awkward but I am honestly and truthfully, no bulls***, can not believe that you guys did this,” Khloe exclaimed. “You guys picked me to win a People’s Choice Award.”

The television personality was at a loss for words. But she was “honored” and “grateful” for the award. Then, she questioned the honor and wanted to know why she won. She even called it “baffling.” What was more baffling was how she appeared to fans.

Khloe’s clip received over 26,000 likes and over 9,000 retweets. It also caused quite a stir on Twitter. Some of her followers claimed that they couldn’t recognize her. This led the plastic surgery rumors to swirl again. Here are just some of the comments:

One fan remarked that Khloe’s new look “doesn’t look natural or better at all.” But all that matters to that fan is Khloe’s happiness. Another longtime fan told her to stop with the plastic surgery. That fan also hoped that Khloe finds happiness.

This is so awkward lol but I’m only doing this because you or one person (😡😡) asked for it pic.twitter.com/KQi1uFAW7f

Did the KUWTK star use a filter?

Khloe Kardashian has made headlines for debuting “new faces” on social media. Most of those jokes resurfaced on Twitter. Every time Khloe drops a new photo, her followers have to do a double-take. She’s been accused of debuting a “new face” several times this year.

It all started back in May when she looked unrecognizable in an Instagram photo. Then, the jokes started up again in September, when some people joked that Khloe engaged in “Beyonce cosplay.” Others claim she’s morphing into Kim Kardashian.

Khloe’s face does look different in this latest video. Her chin appears pointer than it has in the past. It can be difficult to edit one’s face in a video, but there are face-morphing apps and filters. Khloe previously addressed the speculation by joking about her “weekly face transplant” and “five faces.”