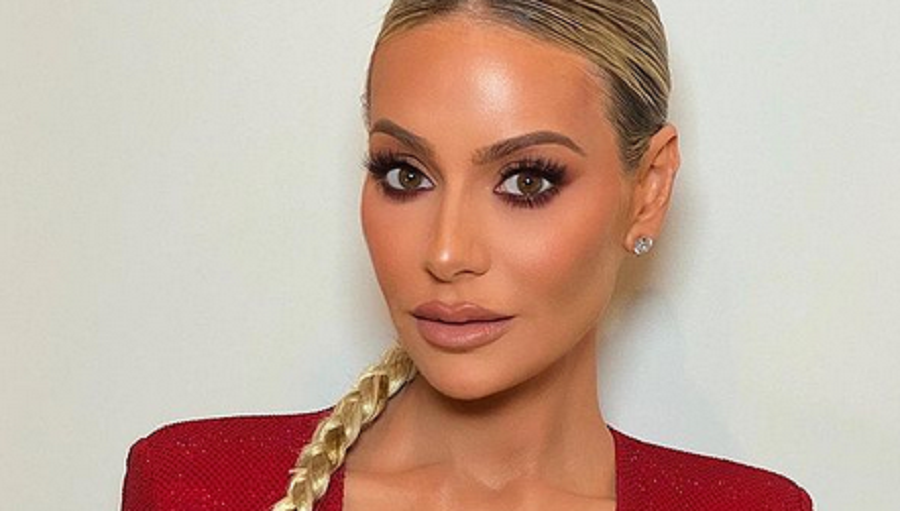 Dorit Kemsley made an interesting revelation. The Real Housewives of Beverly Hills star shared some startling facts about herself. It turns out there are some things about Dorit that fans don’t even know about her. On Wednesday, November 18, Dorit participated in E! News’ “10 Things.”

If she wasn’t a Housewife or Beverly Beach designer, she would probably become a matchmaker. The Bravo star admitted that she has “an incredible instinct for matchmaking.” Every couple she set up has gone on to be married with kids. Dorit also revealed that she earned her degree in business marketing, advertising, and communications.

But, here is one fact that will startle fans.

Dorit Kemsley calls this “Photoshop in a bottle”

Fans know that the RHOBH star loves her glam photoshoots. They always make headlines when she drops a new one on Instagram. In her exclusive interview with E! News, Dorit Kemsley revealed that her Beverly Beach Bronzer is just like “Photoshop in a bottle.”

This comes after her followers claim she doesn’t look like herself anymore. Recently, the 43-year-old shared her latest look on Instagram. In the series of photos, Dorit wore an ensemble for Louis Vuitton’s “Game On” collection. The post received over 52,000 comments and over 800 comments.

Of course, most of the comments were about Dorit’s face. Some of them claimed that they couldn’t recognize her anymore. One fan wrote: “Does her face look different again??” Most of the followers agreed with the user.

“It does look different or there has been major airbrushing,” one fan joked. “Yeah she bought a new face,” another said.

Does Kyle Richards think Dorit has gone under the knife?

Back in July, Kyle Richards made an appearance on Watch What Happens Live. During the chat, a viewer asked a question about her friend Dorit Kemsley.

“Dorit has been getting a lot of flack online lately for either photoshopping her photos a lot or getting work done,” the fan wrote. “Do you know what’s happening there? Has she gotten something done in quarantine?”

“Oh my gosh, I can’t spill info like that!” Kyle gasped. “I don’t know, but I think she did acknowledge that she did her teeth or something? So maybe?”

“I don’t know,” Kyle continued. “She doesn’t send me texts like, saying this is what I’m doing or, you know, what’s going on.”

Over the summer, Dorit used her Instagram to share her latest cosmetic work. On Tuesday, July 7, the television personality shared an Instagram photo that revealed her new veneers. But that hasn’t stopped fans from thinking she looks different lately. Dorit could be using a combination of bronzer, filters, and makeup tricks.

What are your thoughts? Do you think Dorit Kemsley got work done? Sound off below in the comments section.

‘Ted Lasso’s’ Awkward Sassy Reunion Preview of Next Episode on Apple+TV
‘OutDaughtered:’ These Photos Of Hazel Busby Will MELT Your Heart
‘Welcome To Plathville Season 3’ Will The Family Make Amends?
‘The Bold and the Beautiful’ Spoilers, August 2-6: A Wedding For Steffy and Finn
Katie Thurston Offers Advice To New ‘Bachelorette’ Michelle Young