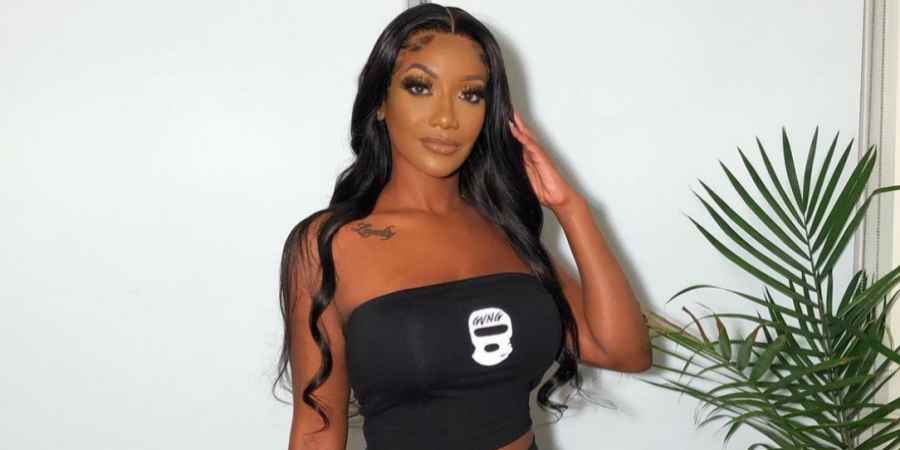 Fans will remember Brittany Banks giving her boyfriend Yazan Abo Horira a list of demands before returning to Jordan. Meanwhile, Yazan claims he is no millionaire and she calls him selfish, almost breaking off with him. Judging by the TLC reality star’s lifestyle, she would probably prefer traveling on a private jet with a rapper than sitting in a taxi with Yazan. Now, Banks has posted a video to her YouTube channel, showing her shopping for a Ferrari.

Brittany Banks and Yazan Abo Horira make a strange couple on 90 Day Fiance: The Other Way.  In fact, they are complete opposites. Brittany, 26, is an up-and-coming rapper from Palm Springs, while Yazan, 24, is a conservative Muslim just out of engineering school. While the couple is already engaged, Brittany has shocked Jordan with her provocative Instagram posts.

Many fans of the TLC reality star cannot understand why only recently divorced Brittany would choose to move to Jordan. This after openly admitting she has dated sugar daddies in her past. Initially, fans were shocked at how she treats her conservative Muslim fiancé.
On 90 Day Fiance, they have felt sorry for Yazan as he loses both his job and his home over the American rapper. However, they have changed their minds, after Brittany has said her lover doesn’t care for his traditional background or his family. Fans now believe Yazan is actually in awe of his rapper girlfriend with her huge social media following.

While fans follow the 90 Day Fiance star’s Instagram for the latest news, many are not aware of Brittany’s YouTube channel. Titled “The Boss Brittany,” the channel sees Banks rapping and twerking and using her influence to sell things. Her latest video title is Get This Money Vlog ft. Ghetto Barbie. In the vlog, Brittany goes Ferrari shopping. As noted by Screen Rant, she also meets up with Ghetto Barbie, a fellow rapper and twerker, to “talk trash.”

In the video included above, Brittany can be seen twerking in a tight red outfit, while mouthing lyrics related to money. One such lyric is, “If you ain’t getting money then you gotta do the dishes.” This could be a prediction related to Yazan’s future.

Brittany and Yazan could not be more different. His background is conservative Islam, while hers is posting sexy images. The more fans see of the pair on 90 Day Fiance, the more they realize their differences.

In her introduction to 90 Day Fiance: The Other Way, Brittany mentioned that Yazan “doesn’t have billions or millions of dollars.” Even now, she claims she is not dating him for fame or fortune. The pair allegedly fell in love at first sight, They became engaged within a week, which still confuses their fans. While the old adage says that opposites attract, it is still difficult to get our heads around this unlikely couple.

Keep up with Brittany and Yazan on 90 Day Fiance: The Other Way on TLC, Sundays at 8 pm ET.

Todd Chrisley’s Daughter Lindsie On Rampage Amid Divorce, Cops Called
Farrah Abraham Flashes Bare Booty, Gets Candid About Plastic Surgery
Josh Duggar’s Arrest May Not Be The REAL Reason ‘Counting On’ Is Over
Paris Hilton Joining ‘RHOBH’ Would Be ‘Hunky Dory’ With Fans, But Will She? Kathy Spills All
Claire Spivey & Justin Duggar Enjoy Date Night, Jessa Dotes ‘Cute Couple’