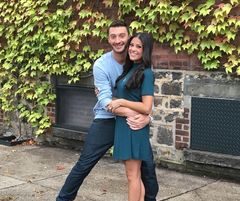 Loren and Alexi of 90 Day Fiancé are so proud of their pro-Israel stance and their heritage. The two are taking this time to spread awareness and educate their fans more.

Alexi and Loren originally met while the Florida native went on a trip to Israel via Birthright. This  is an international program that offers free heritage trips to the Holy Land for Jews.  Alexi was the tour’s medic for the trip and the two realized they had chemistry together.  Featured in Season 3 of 90 Day Fiancé but then going on to star on TLC’s spin-off, Pillow Talk. One of the most popular and loved couples of 90 Day Fiancé, Loren and Alexi had been sharing their pregnancy with fans and had been posting updates about their baby. With such a great fan base the couple decided to share with them their heritage.

Loren And Alexi speaks out about something that needs attention 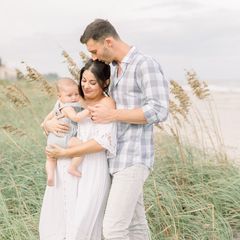 mother of one is bringing light to an important cause. Thanks to 90-day fiancé for her popularity she is now speaking out on normalizing living with Tourette syndrome. The couple has never really spoken out about their Jewish heritage and they do get asked about Alexi’s birth country. In an interview with Times of Israel, she said, “Now I’m so pro-Israel and pro-Judaism.”

The couple knew they were meant for each other

Birthright, the program that the couple met on lasted for about 14 days. The tour has a medic and some soldiers, which is how Alexi made it onto the trip, so Americans and Israelis can commingle. Birthright had more than 45,000 participants that welcome Jews from all around the world. Loren explained that while she did not grow up very religious, she and Alexi are now, “more traditional.” She said, “We do Shabbat, we say the prayers, we light candles… I’m so pro-Birthright — obviously, it affected my life in the best way possible.”

Showing some wonderful support for their heritage

Loren and Alexi demonstrate the same confidence when it comes to their support of Israel and Jewish pride. Both of their Instagram accounts show their trip abroad and both wearing their Star of David necklaces. Many viewers thought it was refreshing to watch reality stars be so open and proud of their history and culture.  Which fans have not seen much of from other 90-Day Fiancé co-stars. For others though,  they felt that their pro-Israel views may be concerning in light of the Israel-Palestine conflict. This was according to an article by  Screen Rant.com

You can follow this fun-loving couple on Pillow talk airing on TLC, or on their popular  Instagram page.