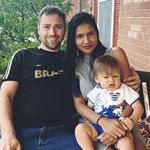 90 Day Fiancé: Happily Ever After? Couple Karine Staehle and Paul Staehle have had a rough time lately. It seems now the couple is happier than before and is excitedly showing the world Karine’s baby bump!

After a few months of being apart, the couple is now trying to put their relationship back together. Paul showed fans how excited he was about the news baby. Giving viewers the very first snap of Karine’s growing baby bump in a family photo with and his mother, Mary Staehle, on October 14. Before the photos, reality TV fans had doubts whether the rumors about their growing family were even true.

When will the bundle 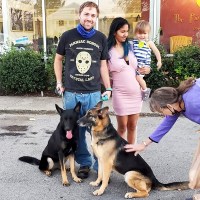 of joy be here?

Paul revealed on Instagram that their unborn son, Ethan Martins Staehle, will be here around February of next year! The pair currently have 20-month-old Pierre, whom she gave birth to in March 2019, giving the couple two growing baby boys.

The past is now behind them, we hope

Karine made claims earlier this year that her husband became violent after an argument. Saying he pushed her to the floor and refused to give her back her green card so that she couldn’t leave the house. Paul later documented the fight on Instagram, where he shared the police report and updated fans on the scene. The fight ended up with the two putting restraining orders against each other. Those orders were later dropped in September, and after a long few months apart, the couple decided to move back to Brazil to start a new life, according to Heavy.com

Will they be staying in Brazil?

The couple had recently celebrated Halloween in a small haunting bash with Karine’s loved ones. Paul shared pictures of the happy family enjoying time together. But fans are curious if the pair will be coming back to the United States. “Karine’s green card was stolen and the embassy is closed because of COVID-19 so we will be here indefinitely until we can get her a boarding foil, hopefully before her green card expires,” Paul shared with curious fans.

Less likely that they will return to the US.

Though it seems that the 90-day alum planned to return to the US at some point, it seems that those plans have changed. This is from a recent post from Paul’s Instagram page “Karine inherited a farm in Tocantins. We will hopefully be able to start growing something and make it a working farm,” he added. “We are hoping my mother will come to see the farm and Karine’s family in Tonantins on her next visit. Karine’s family has been a God-send and they have been helping me with Karine.”

The couple was recently let go from TLC’s 90 Day Fiance franchise, but fans can get updates from Paul’s Instagram page, where he posts often.