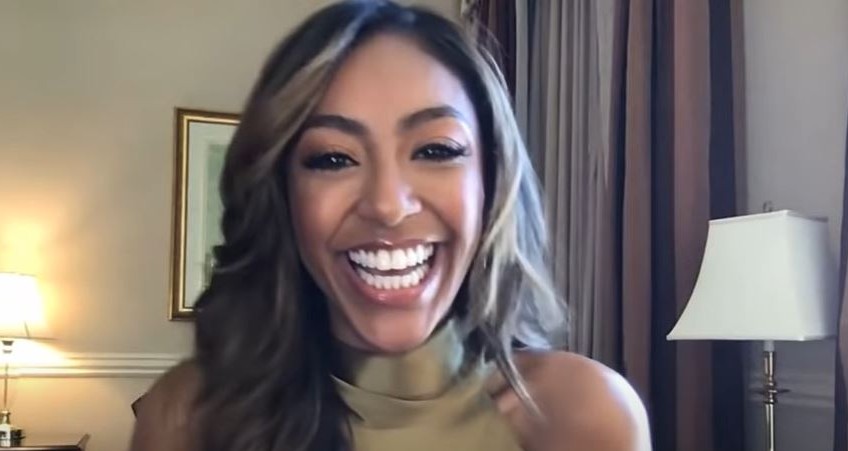 As the season goes on fans are learning more and more about what has been going on behind the scenes. It’s always been wondered how long production was really planning on replacing Clare Crawley as the lead. And, Reality Steve believes that was always their intentions. Luckily, Clare fell in love quickly so everything worked out. So, how long did Tayshia Adams 4 new men quarantined before making their debut?

Tayshia’s men did quarantine longer than one may think

Cosmopolitan shared details about when Tayshia’s men actually started quarantining to be on the show. First of all, the four new men introduced during last week’s episode are Montel, Noah, Peter, and Spencer. As it turns out, these four men arrived on set with all the other guys before Clare ever started filming. So, that means they tested for the virus, quarantined and all of that just like the other guys and at the same time.

And, production is actually even admitting this was the case. Productions says they were keeping the men on standby just in case. While it could be because of Covid-19, many believe it was their intentions to replace Clare.

Of course, those rumors are denied by The Bachelorette producers. ABC executive Robert Mills said, “These were guys who were sort of in the hopper and ready to go, and came in and then quarantined,” He continued, There’s a lot of guys who either don’t make the show for various reasons or we’ve met through casting before, and these four seemed perfect for Tayshia.”

Are these men living up to expec-TAYSHIA-ns? #TheBachelorette is back with more drama TONIGHT at 8|7c on ABC. pic.twitter.com/791EplLZst

She admits to falling in love with multiple men

Tayshia has teased her season will be unique. She says nobody will expect the ending that she has. Tayshia has also admitted to falling in love with multiple men. She said, “I didn’t know it was possible to fall in love with multiple people.” Tayshia continued, “But when you just really lean into the journey and really be vulnerable, you never know what can happen. And it happened to me.”

And, she even admits to having said “I love you” multiple times during her season. She’s not giving anything away about if she found the one. She’s also not admitting if she’s engaged or not. However, Reality Steve has shared that information. If you can’t wait and want to know you can click here.

Don’t miss Tayshia as she continues her journey as The Bachelorette.