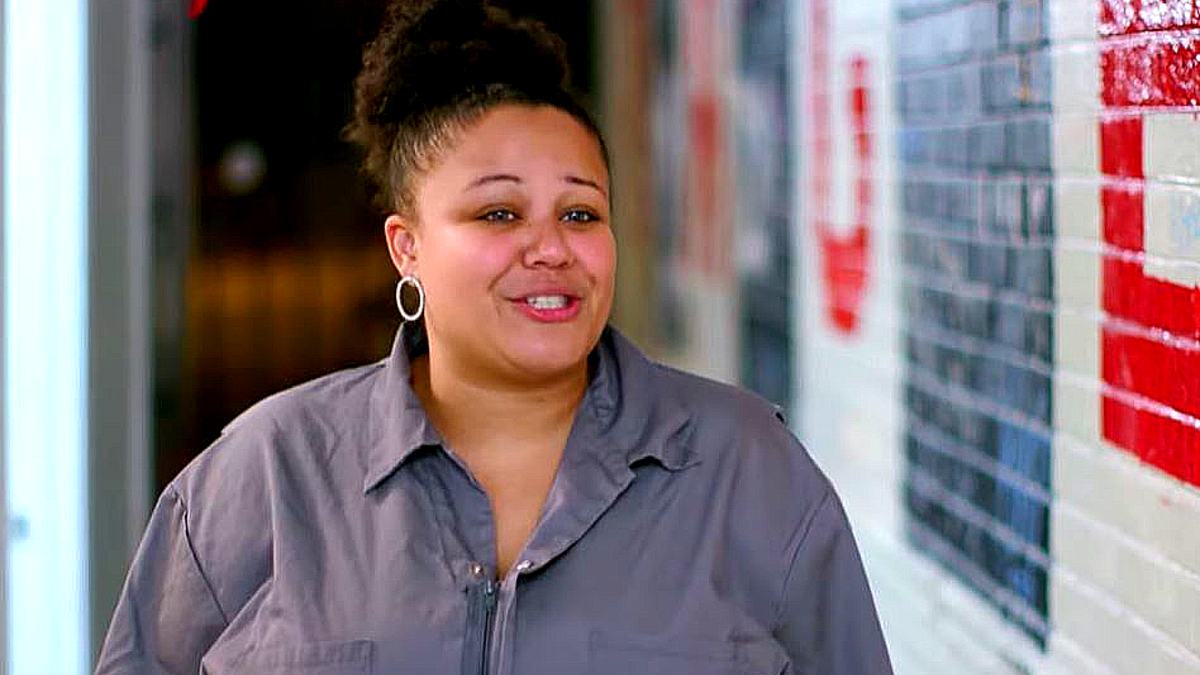 WE tv Bridezillas has the follow up epic Amber alert episode coming this Thursday night. You won’t want to miss how Amber is processing her stress.

Sparks and fireworks are what she’s cooking up as Shanice, her groom Steven’s sister, continues to aggravate our high strung bride. She even tells Amber that she wishes her brother had never gotten back with her in TV Shows Ace exclusive preview below. What a “see you next Tuesday” that one is!

So how does she relieve her tension? Amber takes her maid-of-honor Lavisha out for a smashing good time.

What happens on Bridezillas with Amber?

Our wedding planner from North Carolina is an unconventional woman. She loves to flout tradition and most of all loves to shock.  Amber and Steven are a love match, the fireball planner is one of the most demanding brides the series has ever seen.

Her wedding theme for a masquerade ball, and she wants a black dress.

Viewers already know that Steven’s sister Shanice is the big huge thorn in Amber’s side. She and Amber are not pals or even frenemies!

And on Amber’s wedding blog, she admits she is a handful:

I realized that I have a control problem, but for a reason. I usually know when things are going to go wrong and my wedding definitely would’ve been a lot better if I had just stuck to being a control freak, instead of letting someone else take over.

Now Amber’s rage reaches its peak on her wedding day and a major wardrobe malfunction leaves everyone shocked. Also on the episode, UhhhZilla (not a  typo) Roshonda can’t make a decision about her wedding plans, but her feuding parents might force her pick between them.

What happens in our exclusive preview

Amber takes Lavisha to a strange building where they have to change into some sort of work clothes, and nearby are wrecking crew tools such as sledgehammers and crowbars.

Lavisha is completely confused. She says: “So what are we going to do tonight?”

Amber lets her in on the surprise, its smash time – as the table is set with photos of all the people driving Amber crazy as she tries to prepare for her wedding to Steven.

Amber says: “I’m ready to smash a little bit of everybody that’s pissing me off at this point. Oh my God, this feels so good…going to the spa is for calm people [and] as much as stress as i’m going through I need to scream and yell at something.”

We get to the core irritant for Amber and that is Steven’s sister, Shanice.

In some separate footage we see Shanice square off with Amber. She says: “You and my brother should have stayed separated.”

Amber comes back with a lovely one word answer and says: “Bitch!”

As you can imagine, the drama gets even more heated up as we know her dress has a hole in it, her boobs are spilling out the top of it and her bridesmaids went and ate everything and now cannot fit into their own dresses.

Good time await as Loni Love’s commentary is spot on and hilarious, and Amber will go in the annals of Bridezillas most controlling brides ever:

Bridezillas airs Thursday, November 19 at 10pm ET/PT on WE tv.