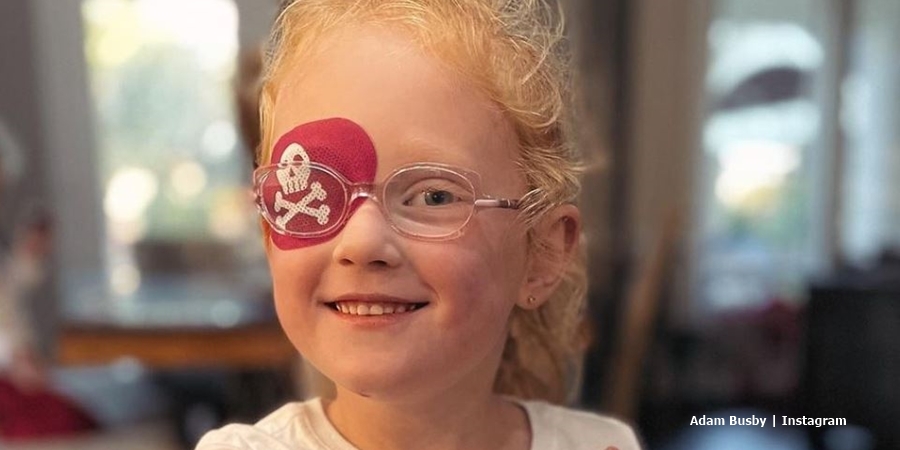 Outdaughtered fans know that little Hazel went back for eye checkups several times in the last couple of months. Plus, they heard some scary news about Danielle who ended up in the ER this weekend. Now, Adam Busby shared updates on both of them.

We reported that at one stage, Danielle seemed alarmed as Hazel got her new lenses in eyeglasses. If her lenses don’t improve the eye-rolling on their own, the specialist might suggest a patch over her eye. That makes the weak eye work to strengthen its muscles. If all else fails, they might consider a surgical procedure. Then on the weekend, news arrived that Danielle suffered some very odd sensations. So Adam rushed her to the ER.

When Outdaughtered fans heard about Danielle feeling unwell, many of them presumed that she suffered from COVID-19. However, that seemed incorrect as Adam later took to his Instagram stories and gave a bit of an update. They expected to visit specialists this week. And, it’s not clear why she suffers from these strange symptoms. Now, he posted up a photo of Hazel. And, in the comments section, he gave some updates on Danielle and the little redhead quint.

On November 17, Adam shared a cute photo of Hazel. She wore a purple pirate eyepatch over her one eye. Fans wondered if this patch is meant for vision correction, or if Hazel just played around as a pirate. Adam replied and explained that the patch helps correct her vision by strengthening the muscles on the other eye. Fans agree that Hazel makes for the cutest little pirate. And Uncle Dale Mills commented, “Cutest pirate this side of the Mississippi!”

Further on in the comments section, TLC fans asked about Danielle. After all, little feedback came since Adam returned from the ER. He told them that Danielle went for many different tests but so far they seem inconclusive. One fan asked, “panic attack? Arms and legs feel like they’re on fire on the inside?” But the OutDaughtered Dad replied saying, “no.”

The good news comes that Danielle seems to feel a little bit better. Adam said, “at this point, she is doing better. We have gone to multiple appointments for more tests, but no clear answers.” Meanwhile, plenty of fans suggested that perhaps she pinched a nerve.

Furthermore,  other TLC fans who think she had breast augmentation, noted that it sometimes causes similar symptoms. However, it’s not clear that Danielle ever underwent breast implants.

OutDaughtered fans begged Adam to keep them informed as they really worry about Danielle. At least for now, they know that Adam and Danielle see the right medical people for help with this disturbing condition.