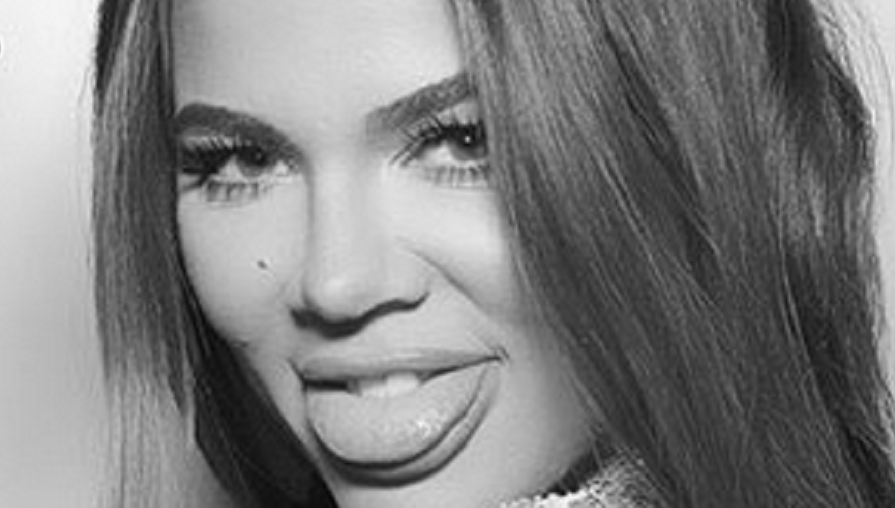 Khloe Kardashian shared the flowers she received from ex-boyfriend Tristan Thompson. This latest development comes amid the reconciliation rumors. Fans want to know if the two are back together. The Keeping Up With the Kardashians star unfollowed him after Larsa Pippen made explosive claims.

However, that drama took place just a week ago. All seems to be well now. Khloe and Tristan have been trying to give their relationship another try during the quarantine. Khloe seemingly responded to the romance rumors by showing off her lavish gift on Instagram Stories.

Read on to see the bouquet Khloe received from Tristan.

On Monday, November 16, Khloe Kardashian took to her Instagram Stories to share a bouquet of roses from Tristan Thompson. She showed off the beautiful light pink and white roses next to her adorable daughter, True Thompson. In the clip, she wrote, “Thank you @RealTristant13.”

Khloe did not focus the camera on herself or her reaction. Instead, she kept the camera on her little one. “Did I get flowers from your daddy?” she asked her daughter. The 2-year-old tried to read her father’s note out loud. “You’re reading it?” her mom laughed before reading it herself.

“He says, ‘Congratulations on winning People’s Choice!” Khloe told True. The reality star won E! People’s Choice award for favorite Reality Star of 2020. She even beat out her sister, Kim Kardashian. True clearly didn’t care what the note said. She threw it aside, to which Khloe responded, “Oh! Okay! Thank you!”

As TV Shows Ace previously reported, Larsa Pippen made some explosive claims about the Kardashian family. In a recent interview with The Hollywood Raw, she addressed her feud with the famous family. Larsa told hosts Dax Holt and Adam Glynn that she dated Tristan before Khloe did.

“Then a week later, or 10 days later, he started seeing Khloe,” Larsa explained. “Which is fine, I don’t even care. It’s whatever. I’m the type of person that doesn’t chase what’s not for me.”

She also quashed the rumor that she hooked up with the basketball player when he tried to work on his relationship with the Good American founder. Khloe unfollowed Tristan after Larsa’s interview. But it appears that the couple is back on good terms.

However, the Kardashians haven’t publicly responded to Larsa’s claims. An inside source told Us Weekly that “Larsa was never dating Tristan.” The two may have hung out in a group, but their relationship was never romantic. The insider added that the Kardashians think “she is embarrassing and seeking attention.”

What are your thoughts on Khloe receiving flowers from Tristan? Sound off below in the comments section.

Chrishell Stause Vacations In Paradise With Her New Man — Who Is It?
Courtney Waldrop Rushes Rawlings To Hospital, Leaves In A Cast
‘Counting On’ Fans DRAG Jeremy Vuolo For Latest Video
‘Below Deck’ Kate Chastain & Ben Robinson Get Cozy On The Couch
Matt James And Hannah Brown Finally Reunite