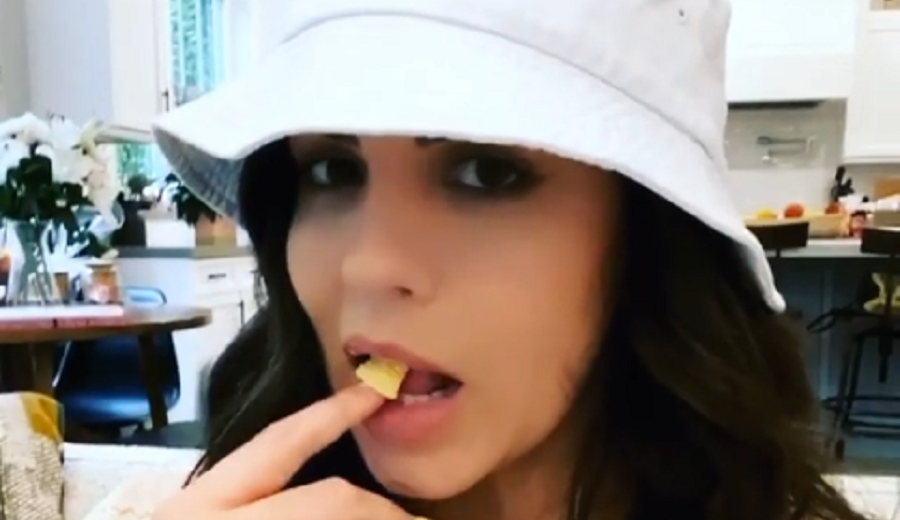 Katie Maloney confirmed that she and Tom Schwartz are trying for a baby. They could be the next in the Pump Rules baby boom. Katie’s friends Stassi Schwartz, Lala Kent, Brittany Cartwright, and Scheana Shay are all pregnant with their first child. Lala confirmed there was a pregnancy pact.

Now, Katie wants in. That means the Vanderpump Rules baby boom may not be over yet. Katie said that she and Schwartz want to start their own family. The couple probably feels left out. They’re noticing the joy that their costars have about having their own children.

Read on to learn more about their baby plans.

Katie Maloney and Tom Schwartz want to have kids

On Monday, November 16, Katie Maloney answered fan questions on her Instagram Stories. One fan asked if she felt “pressured to have kids” since her friends are all pregnant.

“Honestly, no. Tom and I decided a while ago that we would start trying this past summer, which we have,” Katie admitted. “It hasn’t happened for us yet. So, when the time is right for us. But in the meantime, I am having a lot of fun being along for the ride with my friends.”

The Bravo star also reminded her fans not to ask women if they’re pregnant. Katie isn’t the only one who’s had this issue. 90 Day Fiance star Deavan Clegg slammed the pregnancy rumors on Instagram Stories. She told her followers that it’s rude to ask random people if they’re pregnant.

“Can we just stop asking people? Because it’s like, I would love to be pregnant, but I’m not,” Katie continued. “And so, like, sometimes seeing this question over and over is a little…”

The Pump Rules baby boom started in June. Us Weekly confirmed that Stassi Schroeder is expecting her first child with her husband Beau Clark. Lala announced her pregnancy on the birthday episode of her podcast “Give Them Lala … With Randall.” She announced that she and Randall are “so excited” about this next chapter in their lives together.

Then, Brittany revealed that she’s having her first child with her husband Jax Taylor. Scheana kept the baby boom going by sharing her baby news with boyfriend Brock Davies.

Lala Kent thinks Katie will get pregnant next

Back in September, Lala Kent and her fiance, Randall Emmett, told Us Weekly that they think Katie Maloney and Tom Schwartz will be the next couple to expand their families.

“She better. We’re waiting on her,” Lala told Us Weekly on Tuesday, September 22. “Yes, I think he will be the next one.”

But Lala wants it to happen quickly. She thinks Katie is too laid-back. But she has a feeling that when her co-star is ready, “she’ll get it pop in.” Meanwhile, the Irishman producer predicts that Katie and Schwartz will get pregnant “between today and January at the latest.”