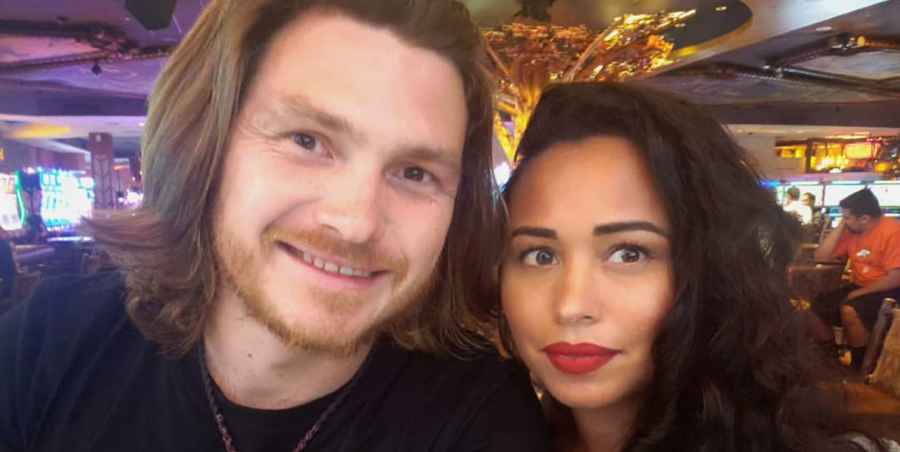 In the last season of 90 Day Fiance: Happily Ever After? Syngin Colchester made it clear that he wasn’t looking for the American Dream. While visiting his family in South Africa, Syngin was sorely tempted to stay there. However, it seems he and his wife Tania Maduro are doing fine and are still staying together. In fact, she is helping her South African man to get his green card.

During the last season of 90 Day Fiance: Happily Ever After? Syngin Colchester and his wife, Tania Maduro argued a lot. This was especially so during their visit to his family in Cape Town, South Africa. Among the arguments, Syngin told Tania he wasn’t interested in the whole American Dream thing. Meanwhile, his wife criticized him, telling him he had no direction in life. According to Syngin, however, his direction is “the way the universe is pointing.”

It looks like the universe has done Syngin a favor. He finally got himself a job in America and is now all set to apply for his green card, thanks to Tania’s support.

How did Tania and Syngin meet?

Tania and Syngin starred on 90 Day Fiance after having met during a night out in Cape Town. Syngin was working as a bartender, while Tania was visiting from the States. She fell in love and spent four months living with him in South Africa. Eventually, they planned for him to move to America on a K-1 visa.

Arguments soon interrupted their romance, as Syngin had problems finding work in America. On top of this, his heavy drinking became a problem for Tania. They were talking of splitting, especially during their most recent time in Cape Town. Tania wants Syngin to settle down and have a family. However, he was so homesick for South Africa, he said he may never go home.

They currently stay in, ironically, Colchester in Connecticut in a room off of her mother’s house. As reported recently, Tania has recently taken up gardening and is enjoying growing their own fresh food. It is starting to look like the TLC reality stars are finally settling down, especially with Syngin’s new job. He even revealed his plans on getting his green card on social media recently.

90 Day Fiance: Happily Ever After? Tell-All

Tania told viewers the happy news about Syngin’s job on the Tell-All episode. It looks like his job as a server is going well, with no heavy drinking problems. Tania first posted the story about his green card, by sharing an image on Instagram of official paperwork, lying all over a table. She captioned the image, “Greencard interview preparation.” Syngin then reposted the story, while thanking Tania for all her help.

As noted by Screen Rant, on his post, Syngin wrote, “Thanks so much my SUGER [sic] for all the help you have given me…” He then joked that this was the way he spelled “sugar,” saying it just sounds better.


Happily, it looks like Tania and Syngin have proved their critics wrong and their relationship can only go upwards from here. Maybe one day we’ll hear about the patter of tiny feet?

Currently, fans can watch 90 Day Fiance: The Other Way on TLC on Sundays at 8 pm ET.