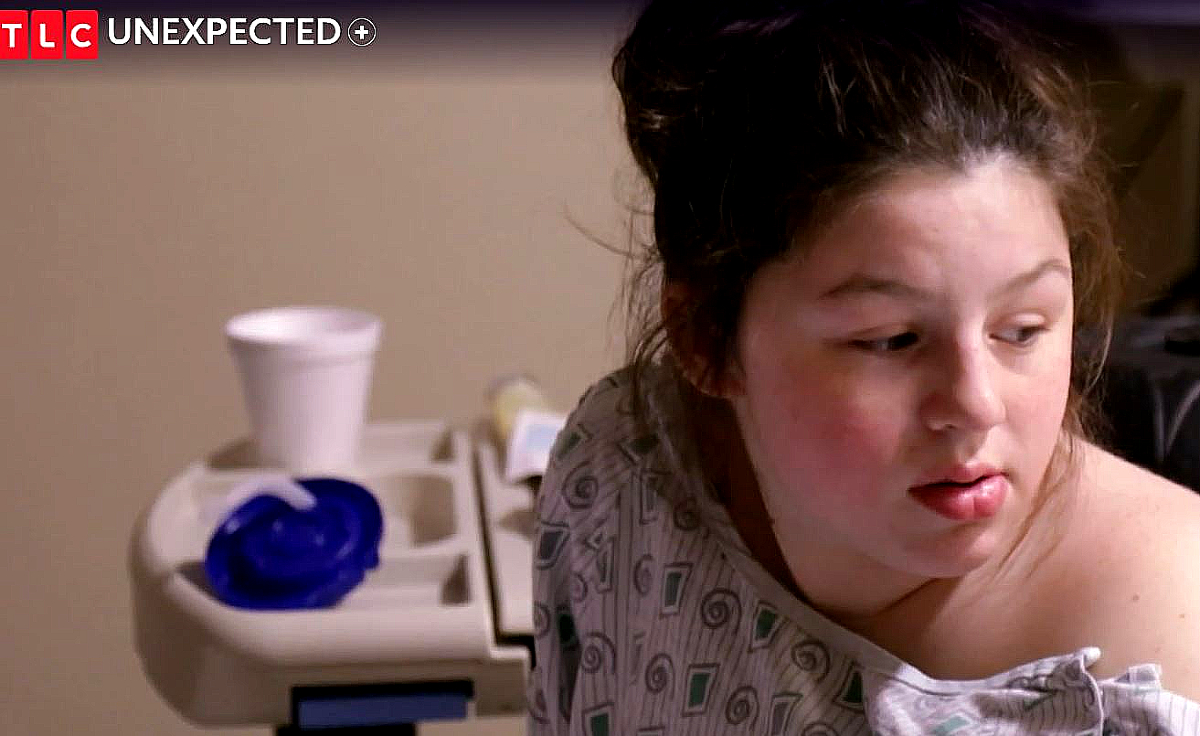 Teen mom drama docuseries Unexpected is back for a new season on TLC.

Are you pregnant and under twenty? There are many stories out there that resonate with those who find themselves in this predicament. You certainly are not alone.

Life changing and profound, a new life creates a mixed bag of emotions and responsibilities. The new episodes explore the tough journeys that teens and their families embark upon as they prepare for a baby.

There are struggles to raise multiple generations under one roof, given the COVID job losses, lack of educational opportunities and overall financial stressors of adding another mouth to feed.

What happens to the teen mom cast in the news season of Unexpected?

The producers film the teens who face inevitable tensions that come with adding a baby to the household, As family members disagree on parenting decisions and the toll of curtailed freedom and need for cash adds to the drama.

Coming back to the series are Tyra (17) and Alex (18), who are balancing college classes and a long-distance relationship while raising a baby, and season one mom Lily (19) who is pregnant with her second child, but her first with boyfriend Lawrence (19).

In the season premiere, Myrka is trying to sort her relationship with her mother who kicked her out of the house upon learning about the pregnancy, forcing Myrka to move in with Ethan and his family.

Reanna moved away from Taron following their breakup so she could live with her mom. The former couple is no longer on speaking terms, and Reanna’s mother is hoping for some civility for the sake of their child whose arrival is coming soon.

Daddy’s girl Jenna’s pregnancy led her to drop out of her Catholic high school and enroll in an online school. She and Aden met in sixth grade and now await the birth of their baby.  Jenna’s dad supports her and gifted her a car for her birthday.

Tyra has recently enrolled in college, and if she graduates, she’ll be the first of five generations to do so.

With the school located several hours away from Alex and their daughter, it’s causing a strain on their relationship.

Viewers will also be reintroduced to Lily, who is pregnant with her second child, and meet her boyfriend Lawrence, who is hoping to take their relationship into a successful union.

For the fourth consecutive season, TLC is partnering with Power to Decide, the campaign to prevent unplanned pregnancy, to help viewers use UNEXPECTED as a way to spark meaningful conversations about unplanned pregnancy. There have been historic declines in teen pregnancy and meaningful declines in unplanned pregnancy over the past two decades, according to Power to Decide. However, progress doesn’t mean victory: large disparities still exist for youth of color, and for those living in poverty and rural areas. In fact, nearly one in four girls will get pregnant by age 20, and children of teen moms are more likely to become teen parents themselves. Based on themes that come up in the show, Power to Decide is creating custom discussion-starters, information, and tips for young people and their parents, mentors and allies to jump-start open conversations and ensure that all young people have the power to decide if, when and under what circumstances to get pregnant and have a child. These resources will help viewers get informed and think about how they might handle similar situations in their own lives. The resources will be available for viewers at www.PowerToDecide.org and will be shared by TLC.

About Power To Decide

Power to Decide is described as “a private, non-partisan, non-profit organization that works to ensure all people—no matter who they are, where they live, or what their economic status might be—have the power to decide if, when, and under what circumstances to get pregnant and have a child.’

Viewers can meet the young expectant moms and their families before this series premieres in the digital mid-form series Baby Bumps, which premieres on TLC Go on December 13.

Unexpected will premiere immediately after brand-new episodes of 90 Day Fiance.

Join the conversation using #Unexpected and catch up on the UNEXPECTED on TLC.com or by downloading the TLC GO app.

The series produced by Eastern TV for TLC.