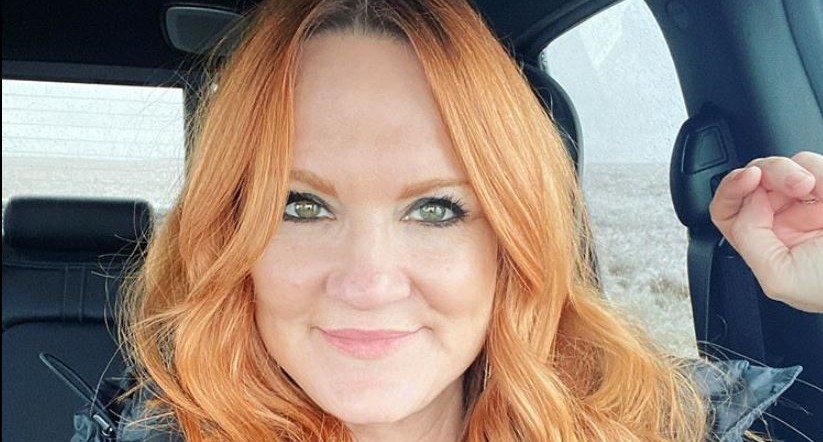 The Pioneer Woman Ree Drummond continues to amaze her fans. She has a heart of gold and can make any dish sound appetizing and look delicious. Ree shares her life on the ranch, even allowing fans to tour what is fondly known as “The Lodge.” Now, she is introducing another part of her life, her foster son. And, as if she isn’t busy enough, Ree is releasing a new book tomorrow, complete with virtual event.

Ree announced recently she and husband Ladd have been fostering a teenage boy. In fact, they have been fostering him for more than a year. She went to her blog earlier to share all about her and Ladd’s bonus child. His name is Jamar and she describes him as a “bodacious, bright, brilliant bonus kid.”

He came into their lives unexpectedly about a year and a half ago. She didn’t bring him up to fans at first for a few reasons. One, the law. Since he was still a minor, legally Ree couldn’t put him in the spotlight. Now, he’s 18 and doesn’t feel like he should be hid.

When first meeting the Drummond clan, he was getting accustomed to their ways of life. He took the ATV out for a spin and that ended not so well. He crashed and severely injured his foot. Jamar would be bedbound for nearly six weeks waiting on his foot to heal. The whole family worked together to make him comfortable in every way possible.

Now, his foot is better and he’s back to playing football. He actually dreams of playing football and hopes his future includes that. Ree says she will be right there cheering him on in the stands. She’s thankful he came into their lives.

Her new book is coming out

As if Ree is not busy enough, she has a new book coming out Tuesday. And, since she can’t do a traditional book tour. Fans can purchase a virtual ticket to see her live from the lodge Tuesday night. Tickets include access for two devices so a friend can essentially join too. Plus, the ticket includes one of the new books.

Frontier Follies will be released tomorrow. Fans won’t want to miss this exciting virtual event, which also includes her chatting with Jen Hatmaker. And, those adorable basset hounds may also be making an appearance. Of course, the rest of the family will be dropping by well. 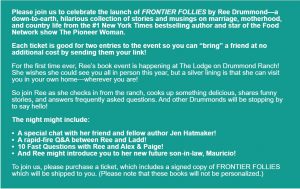