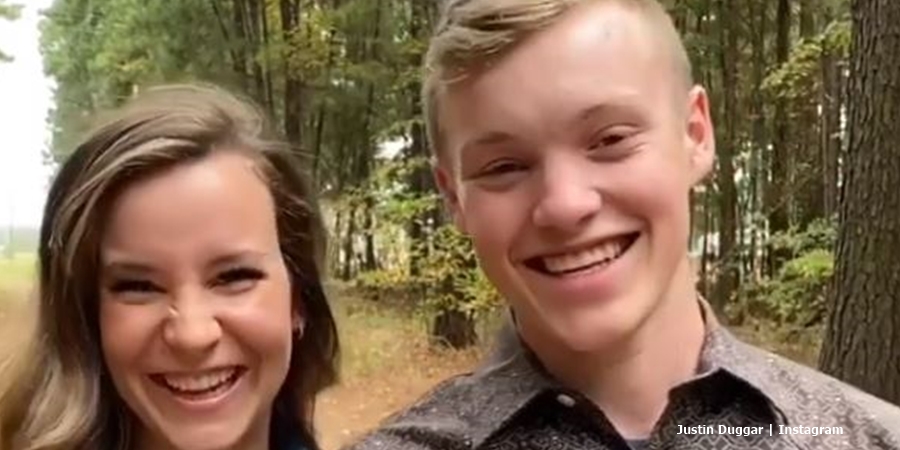 Justin Duggar fans heard that he courts Claire Spivey. And, they saw a bit more about that on Counting On. When they officially announced their courtship, Justin was 17 and Claire, 19. Now he turned 18, and fans wonder if they soon announce an engagement.

Justin Duggar and Claire met up seriously in 2019

We reported that Justin and Claire Spivey look like they are in a very serious relationship. Very young still, Claire’s family seems delighted with him as a potential life-mate for their daughter. Actually, these days, her mom Hilary constantly shares photos of Justin. And, some of them reveal how proud she feels that this young man seems so stable and reliable.

Over the weekend, Justin Duggar celebrated his 18th birthday. Hilary posted up lots of photos of Justin, both with and without her daughter in them. Her Instagram caption read, “Happy 18th Bud! We love you and are super grateful for you. Thankful your folks so generously share you with our fam! ❤️🥰😍.” In one photo the Counting On star and Claire held a chocolate birthday cake.

With Justin 18, fans talk about an engagement

Over on Justin’s Instagram account, fans wondered about the possibility of an engagement linking in with his 18th birthday. The speculation came after the couple spoke to their fans in a video. In the video, they thanked their TLC fans for their support. And, they very sweetly talked about how their relationship grew in the last year. Some fans suggested this might hint that they officially became engaged.

Fans who follow the Duggar family closely suggested that an engagement might not come along just yet. After all, Jim Bob Duggar hates diluting special events. So, they tend to space out announcements like this. Soon, one fan noted, the family “celebrates Thanksgiving.” And, that’s a huge celebration for them. Actually, they seem more enthusiastic about that than Christmas. So an announcement for Justin Duggar probably won’t come yet.

When one fan suggested they might wait because of limited space between his birthday and Thanksgiving, most people agreed. So, another Counting On fan suggested they might become engaged around Christmas. And that’s a possibility. Romper reported that the courting period becomes notably shorter these days. Still, Christmas might overshadow the engagement announcement. Not to mention Jinger’s baby which people think comes along very soon. So, potentially, an engagement might arrive in the new year.

Of course, Justin Duggar might wait until the family’s certain no more baby announcements come along. After all, they come along with alarming regularity.

When do you think Justin Duggar and Claire Spivey might announce their engagement? As he’s now 18, do you think it might come soon? Sound off your thoughts in the comments below.