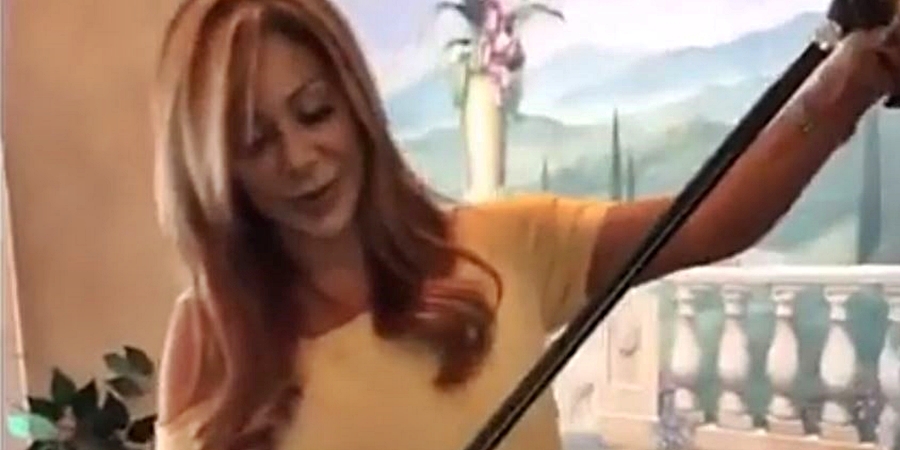 Gina Rodriguez celebrated her birthday over the weekend. And, she got a shoutout from Mama June Shannon as well. On her own Instagram page, she revealed an amazing birthday cake. And, it looked like a bit of eye-popper. She also gave a shoutout to the cake creator.

Gina Rodriguez gets a shoutout from Mama June on her birthday

Fans who follow the Mama June: From Not to Hot show on WEtv know Gina stuck by June. In fact, we reported in August, that June took to her Instagram and celebrated her first six months of sobriety with a special pin. It came from Gina, who manages the family and co-produces the show. June wrote, “Thanks so much to @ginarodriguez n @b_lynnsnail for the gift. I love The blinged out six months chip. I’m very proud of…me and @doakgeno.” And, Gina told June that she loves her.

Now that Gina celebrated her birthday, June went onto Instagram Stories and gave her another shoutout. She shared a photo of herself and Geno standing with Gina. Her caption, in typical June fashion, read, “Happy b day you old *ss b**ch.”  Then, she talked about them going through “ups and downs.” But she ended with, “U R alright hope you have a great day today.” 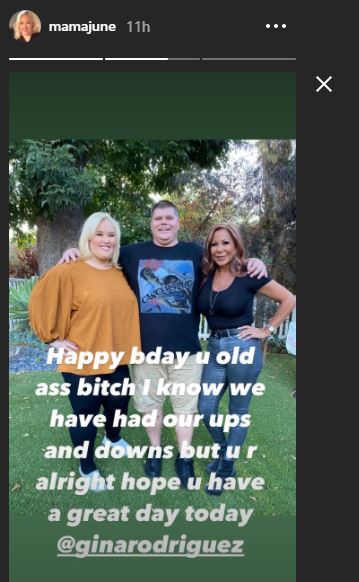 Taking to her own Instagram, Gina Rodriguez shared a small clip that revealed her cake. She gave @sugartripla a shoutout, saying, “killed it with my birthday cake this year!! Thank you @b_lynnsnail
(.)(.).” Fans loved the cake with its big boobies on top. Other decorations like lips and money also adorned the eye-popping cake.

Naturally, many WEtv fans wished Gina a “happy birthday.” And of course, they talked about the cake as well. One fan wrote, “CAKE GOALS! I LOVE IT.” Then, another one noted, “You make amazingly Beautiful cakes @sugartripla💯 🙏.”  And another person agreed, writing, “Wow love the cake! Happy birthday 🎂.” Popular with fans, Gina Rodriguez is well known for being behind and in front of cameras.

Gina just turned 36-years-old. But, she already made a huge reputation in the entertainment industry. Apart from WEtv and Mama June: From Not to Hot, she recently produced Happily Ever Altered. IMDb reminds readers that she “attended Calabasas High in the ’80s and took acting classes at Marilyn Shore Studios in Agoura at the age of 16.”

Gina Rodriguez started in the entertainment industry in 1992. And in her career of over 20 years, she worked as a model, director, writer, actress, and publicist. Plus, she became an “executive producer.”

What did you think of the eye-popping birthday cake? The boobies probably refer to her many plastic surgery missions in the past. Sound off in the comments below.