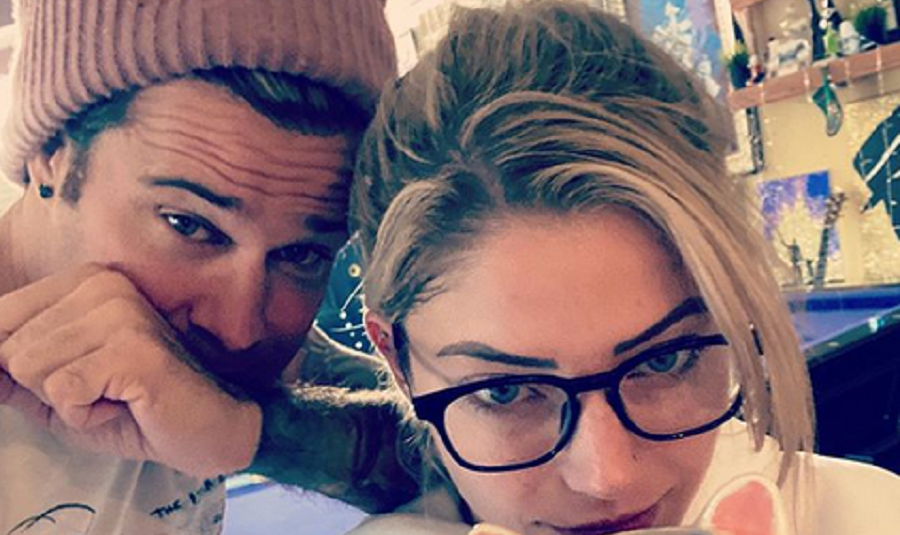 Everyone’s 2004 crush, Ryan Cabrera, got engaged over the weekend. He popped the question to his girlfriend, WWE star Alexa Bliss. On Saturday, November 14, the crooner got down on one knee. The couple dated for a year before Ryan put a ring on it.

He wanted to make their anniversary even more romantic by popping the question. The musician is known for his romantic hit songs like “On the Way Down” and “True.” Of course, he’s also known for his relationship with Ashlee Simpson. But fans will be happy to hear that he’s still very much the romantic.

Ryan Cabrera engaged to WWE star after one year of dating

He put a ring on it. Ryan Cabrera and Alexa Bliss announced on Instagram over the weekend that they are engaged. The 38-year-old singer-songwriter posted the news alongside a clip of himself proposing to Bliss.

“I am the luckiest man in the world, I’m going to marry the kindest, sweetest, funniest, most thoughtful, brilliant woman I have ever met in my life!!!” Cabrera wrote in his post. “The only other woman I know that has the exact same qualities as my mother who is perfect in my eyes!! The best day I’ve ever had in my 38 years on this planet to date.”

In the romantic message, Cabrera professed his love for Bliss. He also claimed that while others “will always have their opinions,” he knows one thing is true. That is, “LOVE will always conquer.” According to the pop star, he wants to live his life with love.

In the video, Cabrera gets down on one knee. The couple had their one-year anniversary at a restaurant. Bliss looks shocked as he asks for her hand in marriage. She says “yes,” and the couple kissed.

Bliss posted a screenshot of Cabrera’s video on her Instagram page. She simply captioned it: “[black heart emojis] I love you @ryancabrera.” Bliss and Cabrera started dating just a year ago.

How did Alexa Bliss meet the “On the Way Down” singer?

Worlds collide. In a previous episode of True Bellas, the 29-year-old said she met Ryan Cabrera because of a rumor that they were dating. Apparently, a fan started that rumor and went wild with it on social media. Then, her friends started to assume she was dating Cabrera as well.

“He was liking some of my tweets and a fan saw that and started a whole Instagram that we were dating and tagged everyone in the company,” Bliss admitted. “I had people calling me and texting me and coming up to me saying, ‘Oh, you’re dating Ryan.’ I said, ‘I never met the guy.'”

However, Bliss and Cabrera “started chatting.” Then he invited her out to one of his concerts. At first, they started out as friends and then became romantic. Bliss claims that he was “very patient and persistent.” Cabrera previously dated The Hills star Audrina Patridge. The MTV show chronicled their relationship and eventual split.

In 2010, Cabrera also appeared on the E! show Pretty Wild. He’s also well-known in the WWE circuit. He appeared as himself in several episodes of the USA network show, Miz & Mrs.