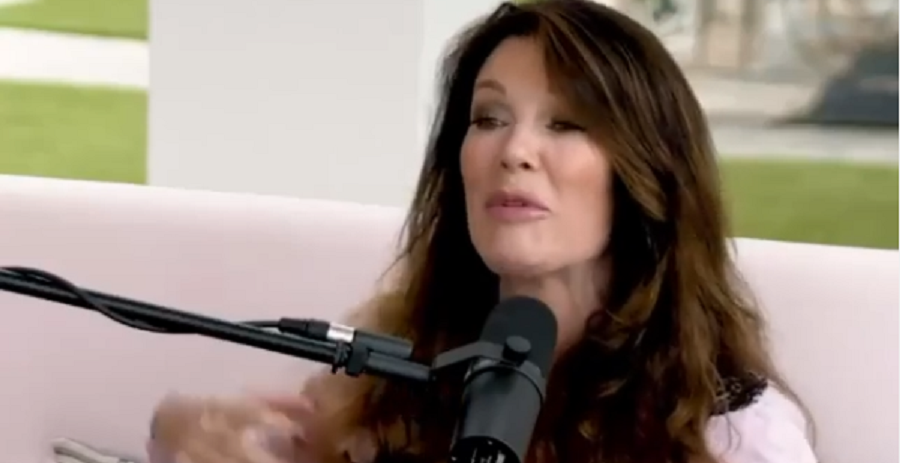 Lisa Vanderpump and Kyle Richards aren’t good friends anymore. The two had a fallout on The Real Housewives of Beverly Hills Season 9. The two were best friends for several years. But things changed when Vanderpump was enemy number one on the show. After several awkward run-ins, Vanderpump may want to reconcile with her former co-star.

What did she say about Kyle Richards?

Fans remember the dreaded “Puppygate” storyline on Season 9. It led to the fallout of Vanderpump and Kyle’s friendship. At the time, Kyle accused Vanderpump of using the tabloids to control the narrative in the storyline. Vanderpump took offense to Kyle’s accusations and ended their friendship.

Since leaving the show, the two haven’t spoken since. During her latest episode of her All Things Vanderpump podcast, the reality star answered a fan question. Vanderpump revealed she doesn’t speak to Kyle. The restauranteur doesn’t trust her former best friend.

“She did send me flowers after my mom died. It was really nice and I said, ‘Thank you,’ for the flowers and everything,” Vanderpump admitted. “But so much crap has been talked about me. And I think you kinda want to reach out and see how somebody’s actually doing.”

Another fan asked Vanderpump if she would reconcile with Kyle. She didn’t rule out the possibility.

“I am an advocate for always saying, ‘Who knows?’ Because I said I would never do a reality show and here I am, 400 episodes later,” Vanderpump said. “We had a unique chemistry and we did have a lot of fun together but I think that was quite a few seasons that she really, she’d always say, ‘Oh I do think she’s guilty but I love her and I know who she is.’ Well, what kind of friendship is that?”

While she didn’t watch The Real Housewives of Beverly Hills Season 10, she did discuss the main storyline of the season – Brandi Glanville and Denise Richards’s alleged affair. Vanderpump felt that Brandi didn’t even have to discuss it. But she understands her not wanting to be the other woman. However, it wasn’t necessary to bring it up to the other women.

Lisa Vanderpump and Kyle Richards had a recent run-in

The frenemies ran into each other at the same restaurant. On Wednesday night, November 5, Lisa Vanderpump and Kyle Richards had dinner at separate tables at SHU Sushi House Unico in Los Angeles, as per Daily Mail. Kyle was there with her girl squad, while Vanderpump arrived with her husband, Ken Todd, and one of their beloved Pomeranians.

Back in April, Kyle revealed on Watch What Happens Live with Andy Cohen that they bumped into each other before.

“I bumped into her again. I’ve seen her twice in Neiman Marcus,” Kyle confessed. “The second time I saw her she didn’t see me and I sort of hid, to be honest.”

Since then, the former friends had several run-ins at various restaurants. They did say their “hellos” to each other, but Kyle admits that Vanderpump was “short” with her. It seems like these two are destined to become friends again. What do you think?