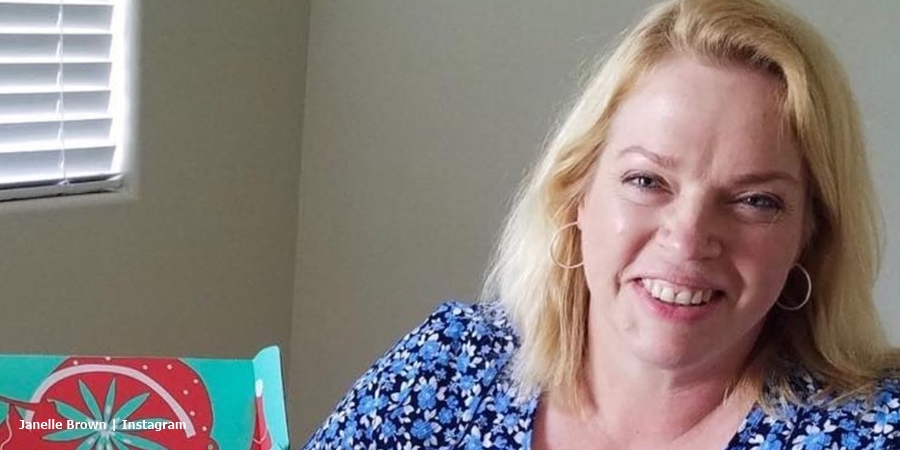 Sister Wives star Janelle Brown confessed that she simply loves fruit cake. Not something every TLC fan wants as a festive season gift or treat. In a follow-on to Christmas season foods, she now continued the conversation by talking about Eggnog. So, how do you feel about the thick and calorie-overloaded drink?

As the festive season approaches, Janelle takes to her social media and talks about food. Every year, she brings ideas about food, usually starting around the pumpkin season, then through fall and into Christmas. And, she loves talking about their satisfying Thanksgiving meals as well.

We reported that Janelle shared on Twitter and Instagram about really enjoying fruit cake. Lots of people thought it way too horrid. And, others suggested ways of “disguising” the cake treat.  Meanwhile, because she’s the only one who likes it in her Sister wives “sphere,” Janelle no doubt gets the chance to eat all of it. Over on Twitter, the conversation turned to eggnog.

Eggnog – how do you feel about it?

One of Janelle’s followers asked her how she “feels about eggnog.” Well, it turns out that Janelle enjoys that as well. She replied, saying, “I love it too. I guess I’m pretty basic lol.” Some international followers never heard of the stuff before. Although it originated among the aristocracy in the UK in the 1700s, few people there take to it these days. Making it’s way to the USA, it became rather more popular there, especially at Christmas.

A few Sister Wives fans agreed that they also love the drink. But over on Reddit, some people think it’s just too awful. And many of them seem grateful that it’s only sold seasonally. One person who really hates it suggested it looks like “reindeer semen. And also [tastes] terrible.” Then, someone noted that there’s little demand outside of Christmas, as the majority of people don’t like the idea of “raw eggs.”

I love it too. I guess I’m pretty basic lol https://t.co/ZcZMXECmGL

Is eggnog bad for you?

Well, the usual ingredients of eggnog make for a thick and creamy drink. These traditionally include milk, cream, sugar, whipped egg whites, and egg yolks. Some people add rum to it. Sky-high in calories, people also worry about the safety of drinking raw eggs. After all, these can carry salmonella and make people sick. Baby Center noted that most commercially sold eggnog comes with pasteurization which kills salmonella. But pregnant women should avoid accepting any made in the homes of other people.

As the Sister Wives grandma, Janelle Brown got in a store-bought fruit cake this year, maybe she plays it safe with store-bought eggnog as well. How do you feel about drinking eggnog at Christmas? Do you love it and wish it were available year-round? Or do you think it’s too sweet, thick and cloying? Sound off in the comments below.