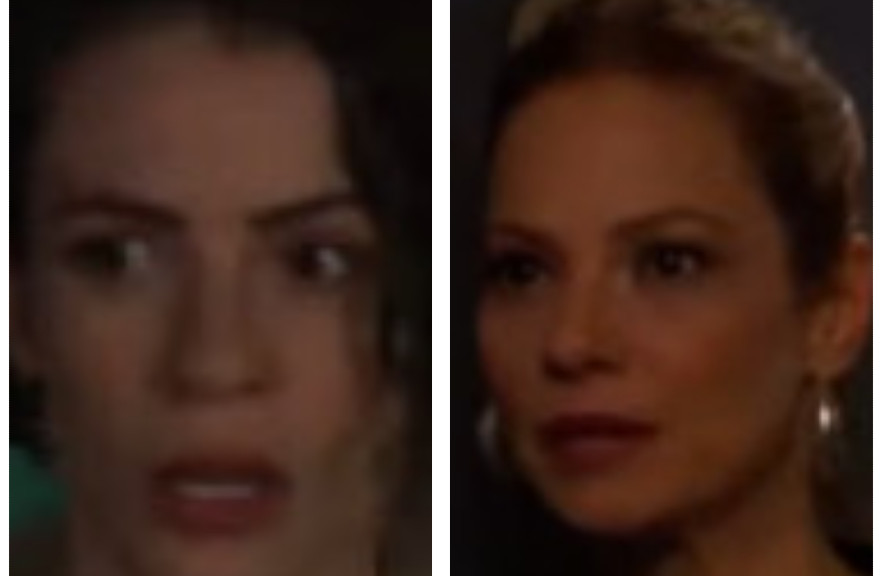 Days of Our Lives has a treat for fans this week – a popular couple gets ready for another walk down the aisle. Plus, Jennifer confronts Kate over her affair with Jack. Is there any way Jennifer can forgive Jack for cheating on her?

Plus, the NBC sudser finally reveals the identity of Philip’s partner and Sarah spots them together. Will she run to Xander or keep Philip’s secret?

Last week Belle (Martha Madison) surprised Shawn (Brandon Beemer) by dropping to one knee and proposing to him! He happily accepts. But Jan (Heather Lindell) and Philip (Jay Kenneth Johnson) likely won’t be as happy for the couple.

Will Belle and Shawn’s wedding go off without a hitch?

Tripp (Lucas Adams) and Allie (Lindsay Arnold) are embattled in a he-said-she-said situation. Tripp denies raping Allie, or being intimate with her at all. However, Allie was obviously raped by someone, hence baby Henry.

The DNA results are in, but it doesn’t make things clearer. Spoilers indicate that while the DNA matches Tripp, it doesn’t necessarily match as the baby’s father.

Steve (Stephen Nichols) and Kayla (Mary Beth Evans) continue to be at odds over who to believe. Steve believes his son, while Kayla believes the science.

What do you believe? Did Tripp rape Allie and father baby Henry?

Jennifer (Cady McClain)  recently got some SHOCKING news about her husband. During the year she was in a coma, Jack (Matthew Ashford) sought condolence in Kate’s (Lauren Koslow) bed! Jennifer let Jack have it last week, right across the face.

But she’s not done yet. This week she confronts Kate over the affair. The two have words and the promo shows Jennifer popping Kate in the face, too! Will Jennifer ever be able to forgive Jack for stepping out on her, even if she was unconscious at the time?

Weeks of build-up reach the pay off for DOOL fans this week. Philip has been having secret phone calls with his unseen partner in a Titan scheme. Sarah (Linsey Godfrey) knows Philip is up to something. So, she follows him.

Imagine her shock when the door opens to reveal Ava (Tamara Braun,) someone everyone in Salem thinks is dead! What will Sarah do with this information? Will she take it to Xander (Paul Telfer) or keep it to herself?

Find out this week on the NBC soap. Days of Our Lives airs weekdays on NBC.