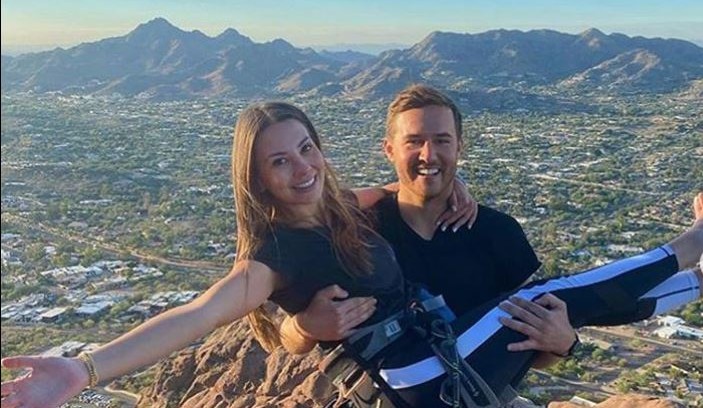 There is more rumors swirling in Bachelor Nation tonight. There is a lot of speculation that former Bachelor Peter Weber and Kelley Flanagan got engaged. They have been enjoying a fun rock climbing trip. Did Peter pop the question while they were on this trip? Could it really be true?

Did Peter propose to Kelley?

While it’s all speculation and nothing has been confirmed, it’s very possible Peter and Kelley are engaged. A Bachelor fan Instagram account, inthebach, tagged Peter in a post indicating they are engaged. The post featured a photo of Kelly, Peter and his Mom, Barbara. The post said, “Rumor has it that these three are engaged so that’ll be a fun thanksgiving 😶😶.”

And, that wasn’t the only post. Another site on Instagram called deuxmoi also shared the news. There post basically said their friend was in a sorority with Kelley. They announced Peter popped the question. And, they mentioned receiving a save the date! 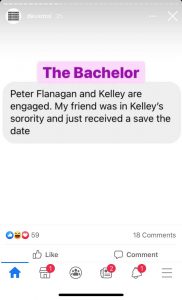 So, while again it is all speculation, it could be true.

Peter did share photos today on his Instagram Story about them enjoying the Colorado River. The story featured a plane on the river. And, Kelley said she tackled her fear of heights when rock climbing. What better reward at the top of the mountain than to get engaged to your best friend. 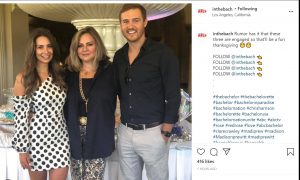 Their plans so far

Peter and Kelley are very much in love. In fact, the two are planning to move to New York in the beginning part of 2021. The two technically met more than a year ago now. They met while attending a wedding at the same hotel. After meeting him that she convinced herself to join The Bachelor. So, perhaps an engagement before they move in together is on their minds.

Things didn’t work on the show. In fact, she didn’t make it to the final four. However, he does somewhat blame production for that. He may have taken the long route to be with her, but ultimately in the end he made the right choice.

And, what’s even better is Peter’s mom loves Kelley. She was not a fan of Madison Prewett. In fact, she was quite happy when Peter moved on from her. Barbara Weber was always cheering for Kelley.

Since reconnecting, Peter and Kelley are nearly inseparable. They are living their best life and enjoying each other. If the rumors happen to be true, fans will be excited to see where their journey takes them next.

Stay tuned for more details as soon as they are available.