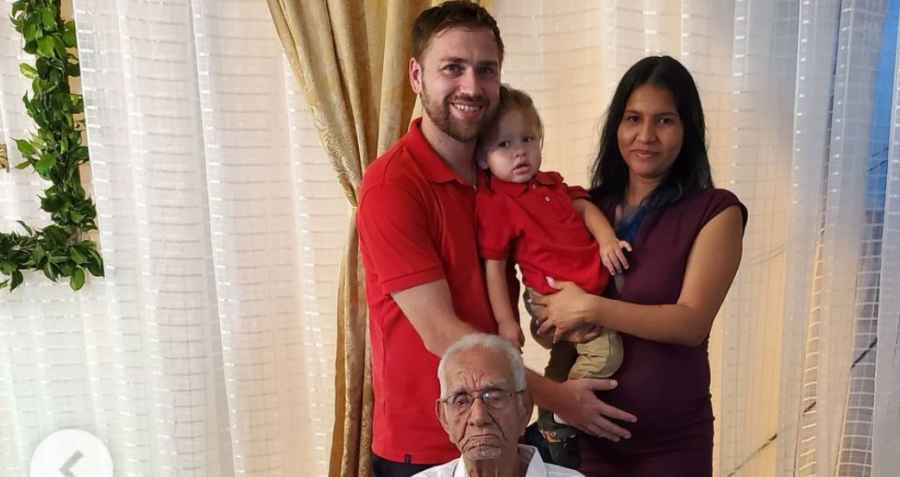 Rumors can spring up at any time, when it comes to 90 Day Fiance and other reality TV shows. In the latest example, rumors have swirled that Paul and Karine Staehle were fired by TLC. This was allegedly over abuse allegations with the couple. However, this turns out not to be the case. Paul has responded to the rumors on Instagram to explain exactly why they are leaving the show.

Paul and Karine Staehle have had a rough time in the last few months. The drama started with an explosive fight at their home, to which the cops had to come out twice. Paul posted a live video of the incident to his Instagram Story. There was also the time that Karine left home out of fear, taking their son Pierre with her. At that stage, both parties took out restraining orders against the other.

This was all happening outside of their storyline on Season 5 of 90 Day Fiance: Happily Ever After? Due to the drama outside of the show, Paul and Karine didn’t feature in the three-part HEA tell-all.

The good news is that Paul and Karine have reconciled and are now living happily in Brazil. However, rumors started on social media that they had been fired by the reality TV network. The firing was allegedly due to abuse allegations. Paul recently took to Instagram to respond to the rumors, going on to explain why they are quitting the TLC franchise.

Time to deal with private matters off camera

Paul made an Instagram post on November 14 to clear up a number of issues. He wrote that he and Karine have not been fired or reprimanded by TLC. The pair was actually given time to deal with their family matters in a private way, off-camera. Staehler explained that their pay and income have not been affected by this. He thanked TLC and Sharp Entertainment for being so considerate of their circumstances.

Paul did write that they are both “hopeful and eager” to possibly return to the show in a more positive time of their family’s lives. As noted by In Touch, he promised they would be posting “positive highlights” on their social media and on YouTube.

Fans have been concerned for Karine, as she hasn’t posted anything new on Instagram since June. Paul explained that his wife is staying away from social media, due to the extreme negativity.

Karine is pregnant with their second son, Ethan

After all the drama in Paul and Karine’s private life during July and August, he is keen to set things straight. In a Friday, November 13, post to Instagram, Paul revealed that their second baby, Ethan, is due in February. A while back, he posted a beautiful image of his family, with Karine’s baby bump clearly visible.

Paul further confirmed that he, Karine and little Pierre are living together in Brazil. Recent IG posts revealed the family’s Halloween costumes, including Pierre, dressed as Baby Yoda.

Let’s wish Paul and Karine Staehler all the best in their private lives, together with Pierre and, eventually, Ethan.