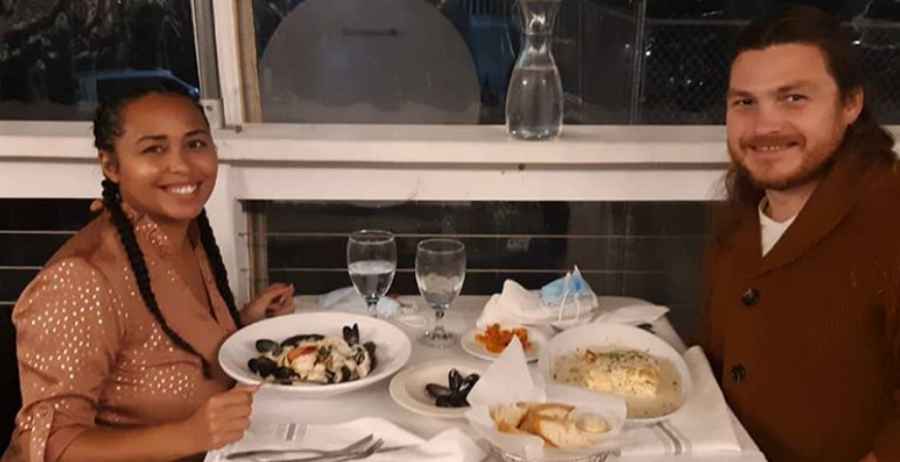 A couple of headlines have appeared recently, making it sound like 90 Day Fiance star Tania Maduro is a new mom. It turns out Tania and Syngin Colchester don’t yet have children in the normal sense. However, the TLC reality star is a “mom” to her favorite plants. The reality TV couple is growing their own food!

As fans of the TLC reality show know, Tania Maduro and Syngin Colchester haven’t had the smoothest ride in their relationship. This was especially so when they traveled to Syngin’s home in Cape Town, South Africa. Suffice to say, he was so happy to be there, he didn’t want to leave. However, despite this, the pair is still together and living their “happily ever after” life in America.

The couple met when Tania was visiting South Africa. Syngin was working as a bartender there and they hit it off right away. Maduro ended up staying with him for four months before they started their 90 Day Fiance journey. Eventually, they did marry, but their relationship wasn’t exactly smooth sailing. While in Cape Town on their recent trip, Tania complained about Syngin’s drinking habits.

His family started bringing up the subject of babies, but Syngin isn’t ready for that. It got so bad, Tania even said that he wasn’t her soulmate. Also, the whole family criticized Syngin for not having a job, but he said it was hard for him to find one in the States.

Now they are back in America and Syngin finally has a job. It sounds as though things are going well for the pair. In fact, it seems they do have a family of shorts. Tania is an expert in herbal medicine and has a new hobby, gardening. Using the hashtag #plantmom, Tania showed off the results of her hobby on Instagram.

Tania captioned the images, saying it was a blessing and an amazing feeling to grow from seed. She added that this was her first garden since she was young and she wasn’t sure what would grow, but so much did. She included a video, showing her Thai chilis, as well as images of fresh vegetables, including tomatoes, beans and corn. Tania said that she has been growing a lot more than just healthy vegetables.

With Syngin’s help, the 90 Day Fiance star has also had great success with “beets, spinach, iceberg lettuce, purple tomatillos, zucchini and more.” Her hubby also showed his excitement over their garden, saying it was now time for a winter garden. As noted by Screen Rant, fans were happy for the couple, telling them they are jealous of their garden and to “Keep it up, green fingers.”

Let’s wish Tania and Syngin all the best in their life in America, growing their own food, as well as their love for each other. You never know, maybe one day we’ll get to hear they have had a baby!

Fans can currently watch 90 Day Fiance: The Other Way on TLC, Sundays at 8 pm ET.