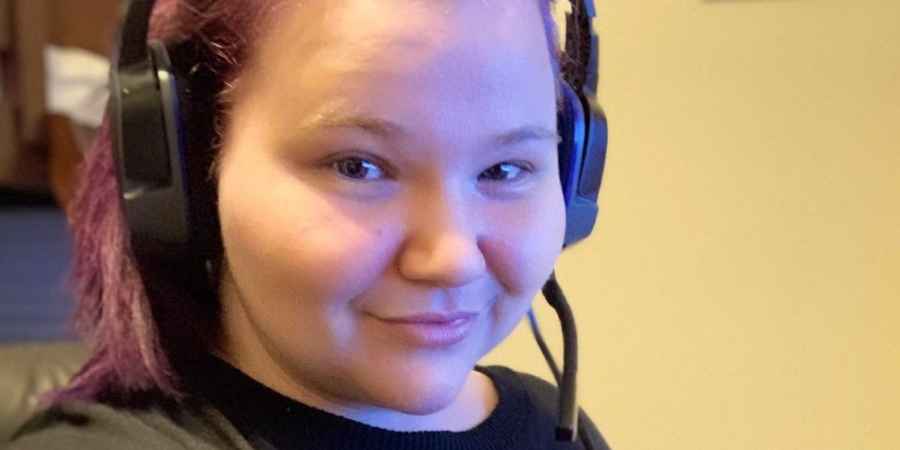 90 Day Fiance: Happily Ever After? star Nicole Nafziger has faced plenty of backlash in the past for posting clickbait content on Instagram. Whether it’s promoting a weight loss app, or hinting that Azan is dead, the latest truly takes the cake. This time she has posted a pregnancy image with a clickbait link to her social media profile. The TLC reality star isn’t listening to fans and definitely doesn’t seem to be living in reality.

Admittedly, fans have noted that the 90 Day Fiance star also shares news related to her fellow cast members on her Instagram Stories. Most of this content is genuine, but she also includes posts that are clearly clickbait. Those posts lure fans in by telling them to click on the swipe-up links.

Recently, Nicole shared an image of her boyfriend Azan on Instagram, together with a sonogram. Her hashtags were #OHBABY and #LinkInBio and were clearly hinting she is expecting a second child. However, when clicking on the link, it turned out to be clickbait and wasn’t relating to Nicole being pregnant. Instead, it related to her wishes to have a baby with Azan one day. Fans slammed Nafziger for posting misleading content.

Despite the criticism, Nicole has done it again. This time she shared an image of a bouquet of flowers to her Instagram Story, with a message reading, “congrats on your pregnancy.” Nafziger captioned the image, “Guess the cat’s out of the bag” while once again using the hashtag, #OHBABY. The post has since been deleted but is included in the snapshot below.

Fans ask why she keeps doing this

Even though the post has since been deleted, her followers continue to ask questions in comments on her posts. One wrote, “Why did she make people think she pregnant. AND now she’s not. I think she lies a lot.” Nafziger replied to that comment, pointing out she didn’t specifically say she was pregnant. However, another Instagram follower hit back at her, implying that she is a scammer. They said her clickbait links are “really is a crappy way to make money.”

When will Nicole Nafziger learn her lesson and stop posting clickbait links? As noted by Screen Rant, this surely can’t be doing any good for the 90 Day Fiance: Happily Ever After? alum’s image.

Keep up with 90 Day Fiance: The Other Way, currently airing on TLC, Sundays at 8 pm ET.