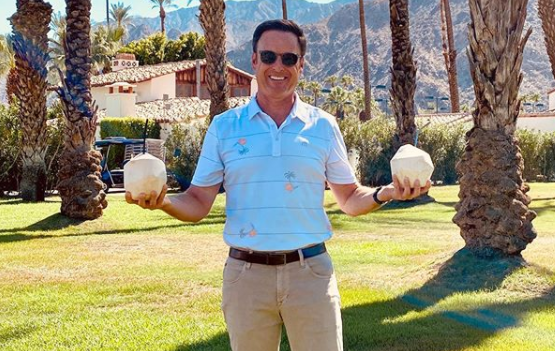 Chris Harrison hasn’t hidden the fact that he’s a huge fan of Tayshia Adams. He’s happy to talk about how he much  wanted her for the lead of The Bachelorette. Clare Crawley left the show when she got engaged to Dale Moss and Tayshia came in to pick up where she left off.

When Chris went onto the Almost Famous podcast with Ashley Iaconetti and Ben Higgins. Chris said, “Tayshia is just someone who I wanted to be the Bachelorette. I fought for her, I wanted her to be on our list, and she was.” He went on to say he truly adores her and was thrilled when he found out she would be the one.

Why Is Chris Harrison So Pro Tayshia?

Chris Harrison is beyond thrilled Tayshia is getting the chance to find her person. He also felt real confidence in the men this season. He stated they are some of the most professional and mature guys they’ve ever had on.

It was his wish they didn’t waste the men with the most potential according to Screen Rant. About Tayshia he said, “she just has such a balance about her and this great energy. She’s the type of person you want to be around.”

Chris Harrison wanted Tayshia to finally find what she was looking for after being with Bachelor Nation for a while. Tayshia went on Jimmy Kimmel and said, “honestly, I got the phone call and it was more so, ‘Hey you’re the girl,’ and I’m like, ‘I got you.’ And I was there.” Tayshia arrived to find all the guys from Clare’s season who were left had stayed. With the exception of Jason who left the show they’re still there along with four new men.

Tayshia came into the situation blind. The fact that Clare had left the show for Dale wasn’t apparent. She didn’t get to speak with Clare, things just happened in a whirlwind. 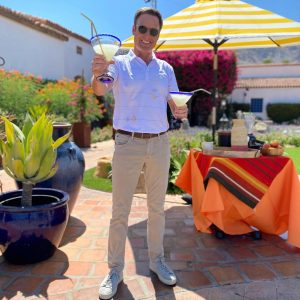 The Host Isn’t Afraid To Have A Bit Of Fun

A sequence on Tayshia’s first one-on-one showed Chris running around the resort to offer them different things. He posted a picture of himself with two of the drinks he offered the couple in coconuts. He captioned the picture, “this week was kinda “nuts” but you ain’t seen nothin yet!”

Another post on his Instagram shows him carrying two margaritas as he apologizes to Wells Adams. “If you’re a real host you’re always ready to serve with a smile. Sorry for stealing your gig.” Chris’ scooter antics had one fan asking, “is your back hurting from carrying the show?” Maybe Chris will get his wish and Tayshia will find her person, but trailers for upcoming episodes show the journey won’t be easy. Tayshia’s season airs Tuesday nights.