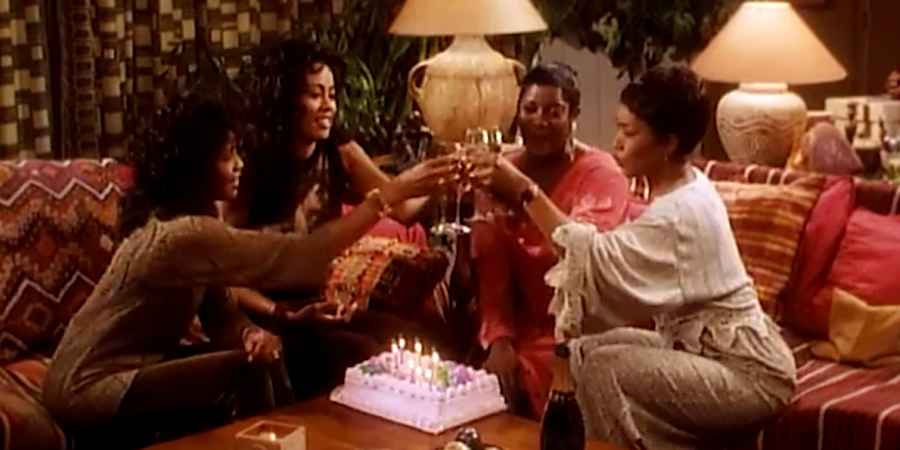 A whole new generation of viewers will get to enjoy a television adaptation of the 1992 novel, Waiting to Exhale by Terry McMillan. The novel was first adapted for film in 1995.  And, now producer Lee Daniels is making a TV version.

The 1992 novel is about four friends. They navigate their careers and family while bonding over their shortcomings within their romantic lives. However, their main problem is the lack of available good men.

Two of the friends have relationships with married men. And, each believes their lover will leave his wife for them. However, the third woman is alone after her husband divorces her for his mistress. But, the fourth friend is luckier, as she finds love with a new neighbor.

The series producer is Lee Daniels, known for Empire, The Butler. He’s also known for an upcoming biopic The United States vs. Billie Holiday. The scriptwriters for the series are sisters. They are TV actress Tembi Locke and Attica Locke (Little Fires Everywhere, Empire). And, the series will be directed by Anthony Hemingway (Unsolved: The Murders of Tupac and Notorious B.I.G.

Author Terry McMillan was the first to announce the news of the TV adaptation on Twitter. She tweeted, “I lucked out.” Meanwhile, Hemingway added his own note, “This is gonna be fun!!!”

This is gonna be fun!!! https://t.co/DzQu4IiEaJ

Waiting to Exhale as a film

The 1995 film was directed by Forest Whitaker. It starred Angela Bassett, Whitney Houston, Lela Rochon and Loretta Devine as the four friends. The movie went on to become a box office success, bringing in more than $67 million in North America. Lela Rochon received an MTV Movie Award nomination for Breakthrough Performance for the film.

25 years ago today, the LEGENDARY soundtrack for "Waiting to Exhale" was released. What is your all-time favorite track? pic.twitter.com/BN9GMOLukB

The 1995 film version of Waiting to Exhale remains renowned for its soundtrack. The soundtrack was produced by Kenneth “Babyface” Edmonds. The album went on to produce a number of chart-topping singles. These included Let It Flow by Toni Braxton, Exhale (Shoop Shoop) BY Whitney Houston and Sittin’ Up in My Room by Brandy.

The film’s soundtrack received 11 GRAMMY nominations, including Album of the Year. It went on to win one award for Best R&B Song for Houston’s single.

As noted by ET, Kenneth Edmonds wrote all the original songs for the album. Looking back at the film’s soundtrack, Edmonds explained that he found inspiration in the various scenes. These included a moment where Bassett’s character sets some clothing and a car on fire. Edmonds said his favorite song on the soundtrack is It Hurts Like Hell by Aretha Franklin. He recalled that Franklin recorded the song in just one take.

Readers can enjoy the soundtrack in the YouTube compilation included in the video below.

No news is available as yet as to which network will be releasing the new TV adaptation of Waiting to Exhale.