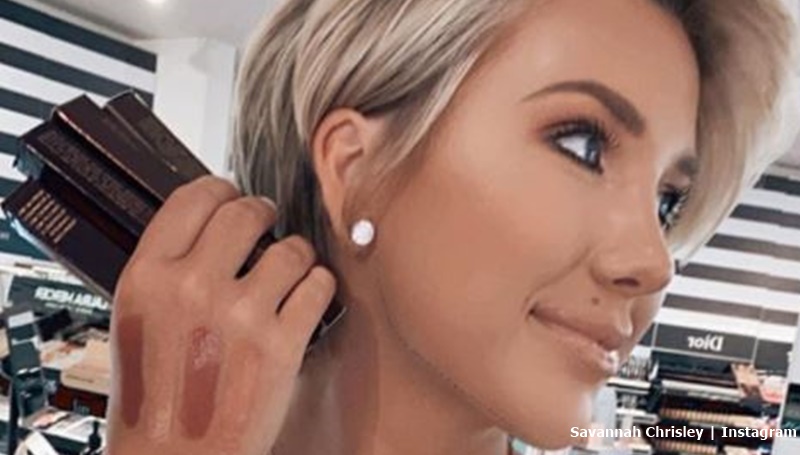 Savannah Chrisley spent what felt like an eternity hyping up her new cosmetic brand to her fans. But, Chrisley Knows Best fans had a concern. They worried the product would be expensive. After all, the Chrisley family lives a luxurious lifestyle. They might view money differently than their fans.

Would this product be something fans could afford? This concern was certainly something they mentioned on social media as Savannah continued to push her brand. But, it wasn’t a question Savannah spent much time entertaining. It, however, appears as if she acknowledged it.

Savannah Chrisley, as well as the rest of her family, shared a promotional image on Instagram two days ago. And, they promoted the official launch of Sassy by Savannah’s makeup kit. And, what was the kit? A full face palette. According to the website, the palette includes the following:

As you can see from the screenshot below, one of Savannah’s fans were quick to praise her. Praise her on the price point of her product. And, they found the price pleasantly surprising.

The individual in the screenshot above noted on Savannah’s Instagram that they were surprised by the price. When they learned Savannah was releasing the makeup kit, they expected a high price. But, they found the price to be completely reasonable. Many others have agreed the price is more than affordable. And, completely on point with what they were getting.

Savannah Chrisley saw the comment and responded to it. She was moved to tears by the kind words. She was so happy her fans thought her makeup kit was affordable. Savannah had worked hard for years on this brand and product. So, it makes sense that she would be on point with her prices.

How can you pick up one of these makeup kits?

Fans can head over to the Sassy By Savannah website to get a better look at the makeup kit. According to the website, the kid is currently selling for $22.

Savannah herself swears by the makeup kit. She describes it as, “This face palette is one of the items I’m most proud of! I love the idea that one item can be used to create a ‘full face’ glam look. Yet, versatile enough to use every day.”

Her entire goal with the product was to create a kit that could be used for a variety of occasions. So, the full face palette would be ideal for any occasion. And, her fans think she achieved just that.

So, have you purchased Savannah Chrisley’s makeup kit just yet? Share your thoughts with us in the comments.