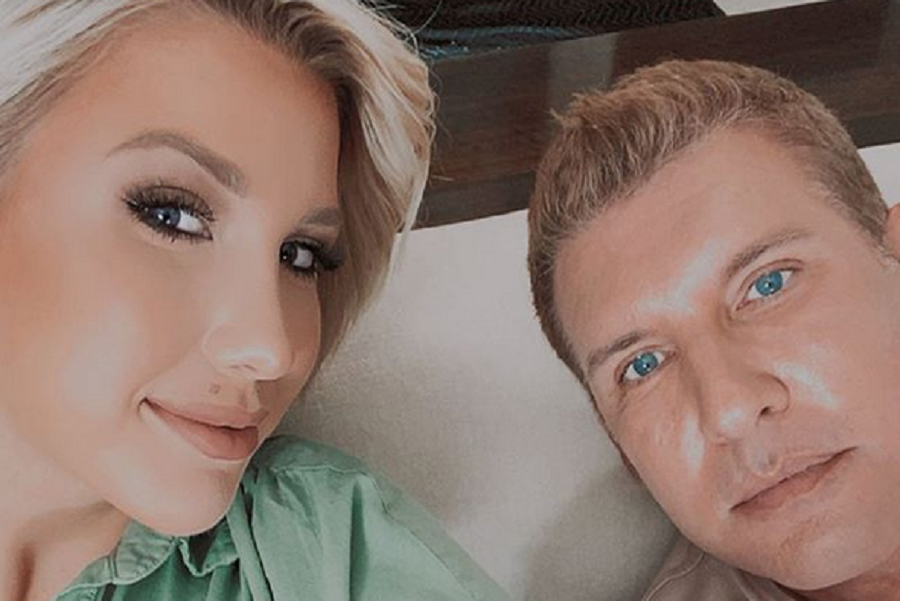 Savannah and Chase Chrisley to the rescue. They’re teaching their famous father how to ignore the haters. As fans know, Todd Chrisley doesn’t take the hate lightly. He loves to clap back with his sassy Southern remarks.

But sometimes it’s best to let things roll off your back. As fans know, Todd is the protective patriarch, on and off the show. The reality TV dad has no problem shutting down haters who criticize his children. But Savannah and Chrisley agree that he shouldn’t waste his time on the haters.

His kids are trying their best to show their father how it’s done.

Savannah and Chase Chrisley want their dad to ignore the haters

In a new interview with In Touch Weekly, Todd’s children talked about some of the hate they get on social media. They know that Todd loves to clap back at the haters. But Savannah and Chase Chrisley feel it’s not worth it.

“He shouldn’t waste his breath,” Chase Chrisley told the outlet.

“We tell him all the time, ‘Don’t let it bother you. If it doesn’t bother us, it shouldn’t bother you,” Savannah chimed in. “But he is that kind of dad … he loves his kids more than anything in the world.”

But their 51-year-old father “hates to see people talk badly about him,” the SASSY cosmetics entrepreneur revealed. “So, Todd’s going to do it – and you just gotta let him.”

Back in September, the Chrisley Knows Best star shut down a troll who said that Savannah’s ex-fiance, Nic Kerdiles, “dumped” her. The couple ended their relationship in November. Savannah announced their split on Instagram, much to the shock of their fans.

“You have some nerve to come at my daughter but after reviewing your profile, I see where the jealousy comes from,” Todd commented at the time. “If jabbing her about Botox is the best you got, then you are weak. I get that you don’t have my DNA, but that’s your mama’s fault for not meeting me before she met your dad.”

But that wasn’t the only time that the proud father clapped back. He also called out a sexist troll who called Savannah’s makeup “childish.” Todd couldn’t let it go, so he let the troll have at it. Unfortunately, Savannah and Chase will have to remind him to ignore the haters.

As TV Shows Ace previously reported, some members of the Chrisley family have started following Nic Kerdiles on social media again. Of course, it’s going to take them some time. As for Savannah, she also admitted that she’s been talking to him again. She still has hope that they will get back together, but only if it’s meant to be.

Nic continues to communicate with her family, including Chase. Speaking of which, Chase’s line of candles will finally be available in time for the holiday season. This comes after Savannah’s SASSY Cosmetics launch. But back to Savannah’s point. She made it clear that Nic will always be a part of their lives.

Nic has been a part of our family for three years,” Savannah explained. “There’s none of this, ‘Well, you can’t speak to Nic now that we’re not together.’ There’s none of that. I feel like all that is childish.”

Sounds like Savannah and Chase are taking the high ground. Todd raised them well.