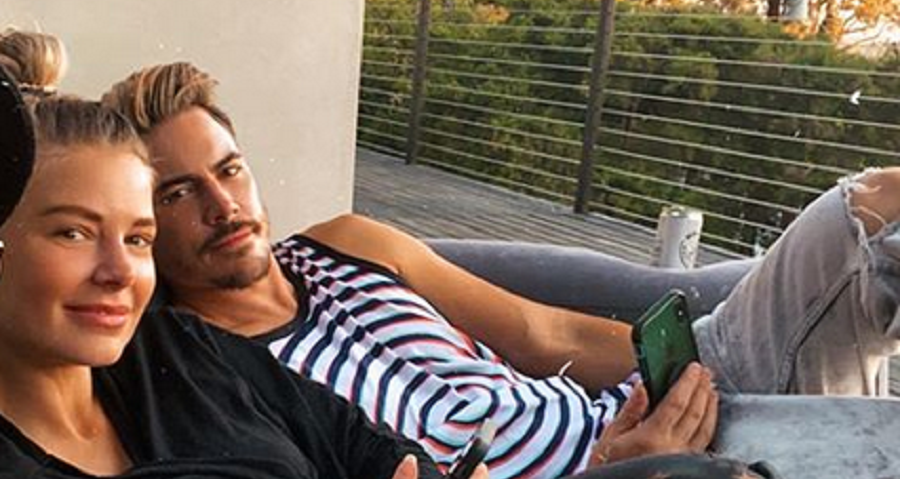 Over the summer, Tom Sandoval debuted blonde hair. At the time, fans were loving it. Some of them likened him to DWTS pro Derek Hough. As fans know, Sandoval is obsessed with his hair.

He loves to switch it up. Since then, he’s gotten “guylites” and fans are losing it. Later this week on Instagram, the Vanderpump Rules cast member showed off his latest look. He announced his new partnership with Gardenuity.

But his followers couldn’t focus on the message. They were too fixated on Sandoval’s hair. Some of them had a meltdown over his blonde streaks. Read on to learn more about the slight controversy.

On Friday, November 13, Tom Sandoval took to Instagram. In a slideshow of photos, he rocked blonde highlights. Either he got his hair highlighted, or he decided to embrace his roots. Sandoval rocked a floral print shirt while girlfriend Ariana Madix opted for a Hawaiian shirt.

In the lengthy caption, Sandoval revealed that it’s been a year since he and Ariana launched their coffee table book, Fancy AF Cocktails. To celebrate their one-year anniversary, they’re collaborating with Gardenuity on their new Fancy AF Organic Cocktail Garden Collection. It’s available for pre-order and will launch in time for the holidays.

In addition, Sandoval revealed that $5 from each purchase will go towards the James Beard Open for Good Cause, which helps fund independent restaurants that are struggling amid the coronavirus pandemic. This is a great way to enjoy cocktails and support bartenders and restaurant staff during the holiday season. But fans aren’t talking about the good cause, they’re talking about Sandoval’s hair.

Pump Rules fans have a meltdown

Most of the comments were about Sandoval’s hair. Fans couldn’t believe that he got “guylites” once again. But some could argue that his man bun and braids were his worst looks ever.

“What happened to Tom’s hair?” one fan asked.

Others claimed that Sandoval’s highlights looked “too orange.” Some claimed that his darker hair was “better.”

How does Ariana Madix feel about Sandoval’s “guylites”?

While Ariana made it clear that she didn’t like Sandoval’s new hairstyle, she reminded followers that it will grow out eventually.

The Bravo blog appears to be in love with Sandoval’s new look. However, even the contributors were shocked by his latest transformation. Sandoval seems to pop up on Instagram with a new look every so often. It’s giving his fans a case of whiplash.