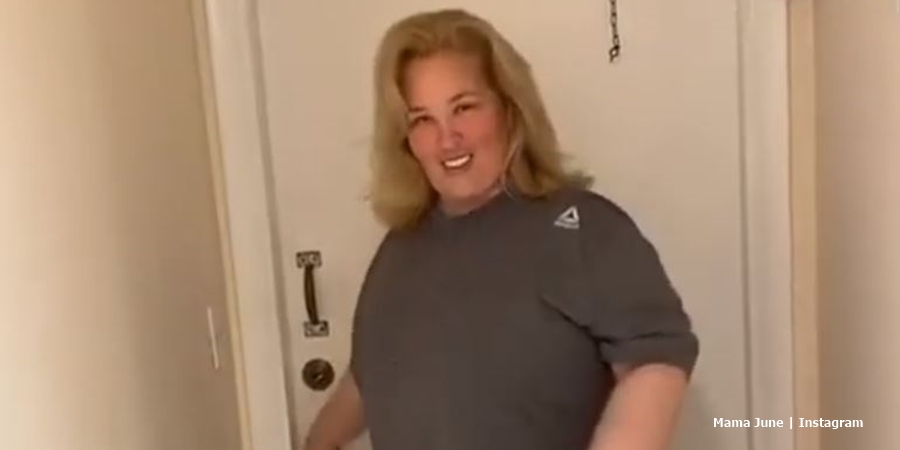 Mama June Shannon, the 41-year-old reality tv star, works hard at staying sober these days. And as she found herself thinking straight again, she started improving her appearance. In fact, she went for liposuction, and more. Now, she looks amazing all done up in her low-budget outfit, fans agree.

The Mama June: From Not To Hot star took to her Instagram on Friday, November 13, and shared several snaps of her and Geno. We reported that both of them got some work done under the knife. Plus, new veneers helped them both look a lot better after their meth addiction. Staying sober made Geno put on a lot of weight, so he also went for  “a gastric sleeve procedure to help him shed some of those unwanted pounds.”

Moms.com reported that June prettied herself up with her nails done nicely. And, she got her hair styled attractively. So, she looks very much better than when fans saw her in Family Crisis on WEtv. Now, June took to her Instagram and revealed that she found someone who helped her dress nicely. But, she stayed within a  budget. And, fans just loved the way she looks.

In her caption, June wrote, “people think they can’t afford a stylist now of days but I can tell you my girl Urbana can hook you up if you are looking for something low-key.” And apparently, she works remotely helping with putting classy outfits together on a budget. In fact, June said her things all came from “Target.”  After reading her long shoutout, a lot of fans seemed impressed with the way June looks.

One fan wrote, “You look great June keep it up lady!! ✨Hugs 🤗.” And another one echoed that, writing “You look beautiful!!!!! So proud of you.” Then this comment arrived: “You look amazing mama! Proud of both of you on your sobriety! ❤️.” Other fans of Mama June noticed that she looks genuinely happy. But some of them asked when she reunites with her daughters.

While many fans urge June to reunite and rejoin her daughters, that might not happen straight away. Addiction Center notes that “after completing detoxification and inpatient rehabilitation, a recovering addict will return to normal life.” But, sometimes rushing back into the same circle of friends and family might be a struggle for recovering addicts. After all, their old lives contained many triggers.

Of course, Mama June fans don’t know if Alana and Pumpkin caught up with their mom since she went into rehab. Even if they did, WEtv might keep that for another season of the show. And, one fan told June it’s better to take a bit of time to “feel good about herself” before looking after other people.