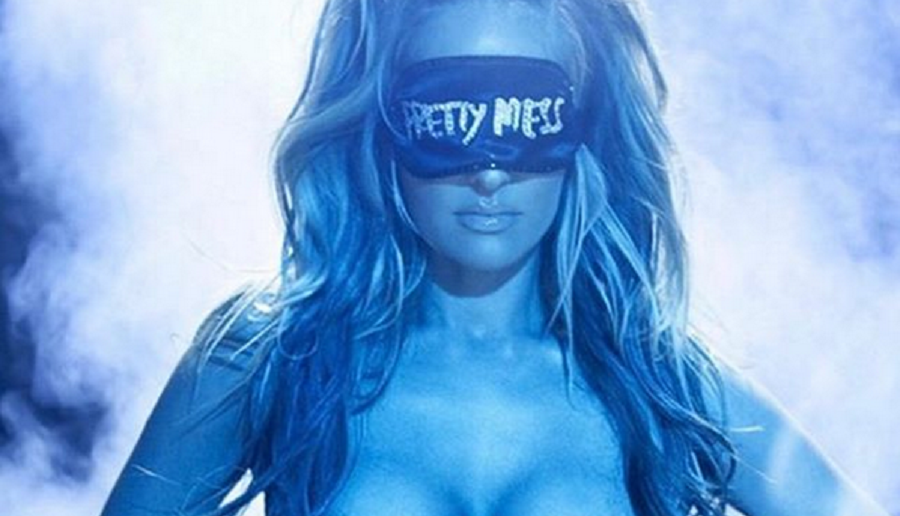 But she returned to Instagram in a big way. The 49-year-old posted three new sizzling photos of herself. She made it clear that she’s “undefeated” amid her divorce from famous attorney Tom Girardi. Earlier this month, she announced that she’s filing for divorce.

Over the weekend, the RHOBH star dropped three new selfies. On Tuesday, November 10, she shared a photo of herself wearing a black patent leather jacket over a red blouse. In the photo, Erika Jayne wears her hair styled with soft, romantic waves. Of course, she also has on a full face of makeup.

In the caption, she wrote: “Undefeated.” Erika’s photo received over 128,000 likes and over 1,600 comments. While most fans loved the photo, one troll brought up her divorce.

“I feel bad for Tom,” the user wrote alongside a broken heart emoji. Erika’s fans flocked to the user’s comments to show support for the Pretty Mess author. Another fan asked Erika if she’s going on a date with newly divorced DWTS pro, Gleb Savchenko.

Erika Jayne shocked fans when she continued to post two new photos this weekend. First, she shared an artistic photo of herself that fits with her personality. The trippy shot showed Erika wearing a red animal print jacket. This time, the Bravo star wore her hair in a high messy bun.

Erika accessorized her look with diamond earrings and false eyelashes. Then she followed up with another photo of herself in the same ensemble. She unbuttoned the jacket to show off her clavicle area. This time, she revealed more diamonds around her neck.

Her fans flocked to her post to show their support. “Thriving!” one fan wrote. “Boss babe all the way,” a second follower added. Erika wanted to remind fans that she’s doing well amid the divorce drama.

“FYI it’s Scooter Braun, not a FENTY model,” the inside source supposedly told Dana. “I don’t know many specifics but a friend of mine works in the music industry and despises him.”

The two met at an underground club and have been intimate ever since. As for Scooter’s wife, she’s aware of the affair and “puts up with it.” Aside from that rumor, another rumor is swirling that Erika is dating Dancing With the Stars pro Gleb Savenchko, as previously mentioned. Fans remember that Erika and Gleb were dancing partners during Season 24 of DWTS.

What are your thoughts on Erika’s latest photos? Sound off below in the comments section.