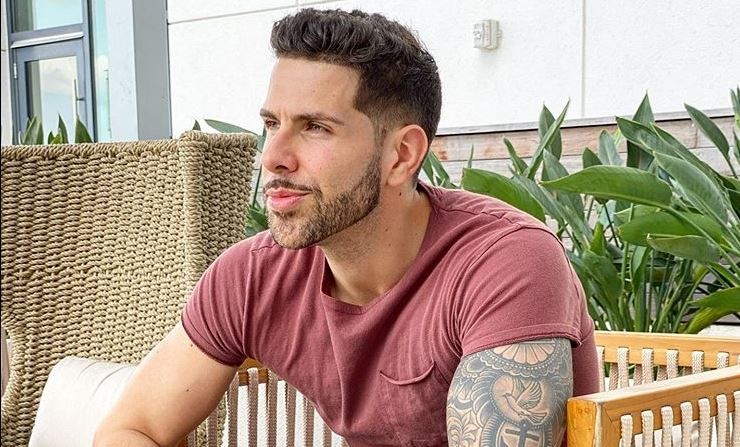 Just this past week, Krystal Nielson announced she is expecting her first child. The news comes just a month after she introduced her new boyfriend to the world. Earlier this summer, Krystal and now ex-husband, Chris Randone announced they were divorcing. The two met on Bachelor in Paradise. They got engaged on the show and married a year later. In February 2020, they announced their initial separation. Now, with the news that Krystal is pregnant, Chris Randone is sharing his feelings.

Chris is sharing his feelings about Krystal’s pregnancy

People shared how Chris is feeling. He had an Instagram session in which he answered fan questions. Of course someone brought up Krystal’s pregnancy. Chris is obviously distraught by the news. He said, “Icing on the cake for feeling truly broken.”

He continued on saying, “But I know in my heart I’m gonna find a super dope woman and have the most beautiful babies a dad could ask for.” Chris said, “So I’ll continue to follow my heart and let God guide my path in finding an incredible woman to build and grow with.”

Someone else asked him if he was okay with all Krystal stuff. Chris said, “I’ll never be okay about it but I will just continue to be grateful for the years I had with that love. At least the love I had in my heart.”

And, someone else asked about him dating. He said, “To an extent. I’m starting to dive in just a little but giving all of me will take some time.” 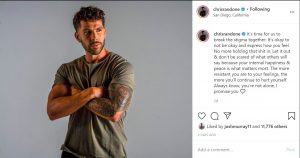 Krystal and Chris announced their separation eight months after the wedding. They issued a joint statement at the time. They said, “It hurts to announce that at this moment, we have mutually decided to separate. Never did we imagine this scenario, but we’ve come to a point where we both need to work on ourselves.”

They went on to say they loved each other deeply and to please respect their privacy. In August, the two confirmed they were divorcing. The dreams that they had for their future together were officially over.

Now, Krystal is moving on with a new boyfriend and baby on the way.

Would Chris ever be The Bachelor?  He said, “Who knows what God has in store let alone the future. I would have to do more soul searching on that one.”