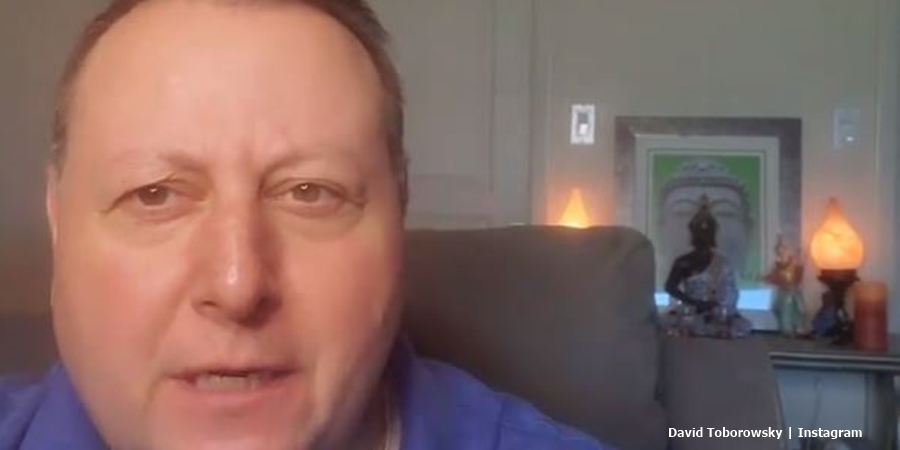 90 Day Fiance fans recently celebrated the good news that David Toborowsky and Annie got their own cooking spinoff. But, now they heard concerning news from David. And, he asked for prayers for his daughter Ashley. Unfortunately, she fell sick with the coronavirus.

We reported that fans sounded very excited when David and Annie announced their TLC spinoff with Facebook Watch. They dropped a teaser and fans look forward with excitement to the recipes and funny aspects of their humor. But David’s not smiling and laughing right now. In fact, he sounds really concerned about his daughter Ashley. She got the coronavirus and sounds very ill right now.

On Friday, November 13, he posted up a few photos. In his caption he wrote, “Please say a prayer for my daughter Ashley. She tested positive for Covid 19 4 days ago.” Then, he described her symptoms which include “coughing, [soreness],” and a “lack of smell and taste.” Additionally, the 90 Day Fiance star  mentioned that Ashley works through her sickness at home “in Louisville.”

In his post, David Toborowsky gave his daughter some advice. He noted ” We love you Ashley and Annie and I are sending our prayers of healing. Take your L-Lysine, Vitamin D, Vitamin C, Zinc and ecnatia oil with water.” Other TLC stars who reacted included Robert Springs, Caesar Mack, and David’s wife. They all mentioned how “sorry” they feel at the bad news. A lot of TLC fans also reacted to the worrying news.

When the 90 Day Fiance dad’s daughter replied and thanked him for the post, he reminded her again to take her “vitamins and drink a lot of hot water.” So, she assured him that she will do that. Many fans sent their best wishes and prayers to David and Ashley. One said, “Oh no .. dont worry honey you got this virus girl You will be able to defeat him @ashley_toborowsky. 💛May God protect you, we wish you a speedy recovery .. stay strong.”

Many fans react to the bad news

Thousands of comments came in from fans. Mostly, they encouraged Ashley and offered their prayers. Those who suffer from the virus know exactly how ill she feels. And, many of them also gave more advice on home remedies for COVID-19. One suggested, “drink pineapple juice to help with the coughing and soar [sic] throat. Homemade chicken noodle soup helped my doctor recover quickly I believe.”

Then, another 90 Day Fiance fan commented, “ginger, lemon, and lime, put TheraFlu and vitamin C powder in the water.”  Hopefully, Ashley gets better soon and doesn’t need a trip to the Intensive Care Unit. But knowing David Toborowsky, he probably keeps his fans up to date on her illness as he’s well-known for giving feedback.