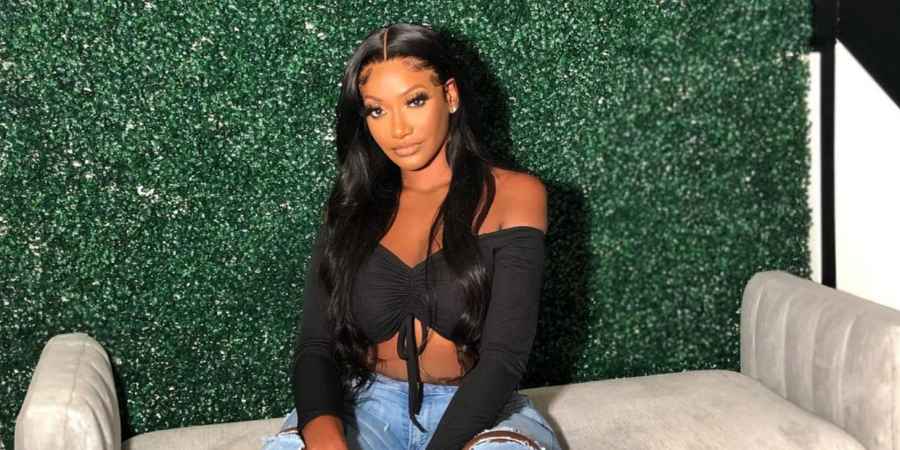 The relationship between 90 Day Fiance: The Other Way stars Brittany Banks and Yazan Abo Horira was likely doomed from the start. Many fans have called out Brittany for her toxic relationship with Yazan. They believe she is selfish and only thinks of herself while destroying her fiance’s life. The TLC reality star defended herself against fans’ criticism in a recent interview with ET.

From the moment Brittany Banks landed in Amman, Jordan, she has been hit by criticism. For one thing, she produced alcohol from her carry-on and for another, she hugged the TLC crew. Both are no-nos in ultra-conservative Jordan. Her fiancé Yazan’s parents insist she convert to Islam if she wants to marry their son, but she refuses. Brittany’s sensual images and videos on Instagram have also caused problems for her.

However, Yazan is also going through hell over his relationship with Brittany. He not only lost his home but his job as well. Many fans feel sorry for the Jordanian and believe Brittany to be self-serving and selfish. In a recent interview with ET, Banks defended herself against fans’ criticism. She wanted fans to know she isn’t the selfish person people believe her to be.

Speaking to ET’s Melicia Johnson, Brittany said people have the wrong impression of her. On top of this, she feels that Yazan has a “cute way of telling his side of the story.” Despite the drama with his family, where his father even threatened to kill him, Yazan still loves Brittany.

Brittany believes that Yazan doesn’t value his family and his religion as much as people think he does. In fact, she believes he wants out of the traditional Jordanian lifestyle he was brought up in. Banks said he truly wants to have a different kind of life with her but has had so much pressure from his family. This means he isn’t always able to follow through with his promises. This ends with Yazan putting pressure on her to change her lifestyle, which she said is not fair.

Brittany went on to say that despite what fans see, she and Yazan are the best of friends. This is even with all the religious and cultural pressures being put on him. She believes he would be a totally different person without that pressure and fans cannot see that.

Despite the criticism from fans, Brittany said she does, in fact, have much respect for Yazan’s culture and his family. According to her, many compromises she made for her fiancé were not shown on the show. In fact, she has learned a lot about the Jordanian culture and the Islamic religion, and she did this on her own. Moreover, Brittany said Yazan had no interest in teaching her about Islam on her first two trips to Jordan. Banks said fans should not be so quick to judge her over this.

Later in the interview, Brittany said that she and Yazan do watch the show. She says they get mad at each other when reliving their heated arguments. Banks explained that Yazan feels indifferent about some situations and bad about others. She believes it is a learning experience for both of them. The 90 Day Fiance star said they are both trying to remain peaceful and trying to keep going forward. Brittany closed by saying, “Everything is a learning experience at the end.”

What is coming next on The Other Way

Melicia asked Brittany what fans can expect from the rest of this season. Banks said the drama will be “explosive.” The storyline will feature her divorce drama, as well as the fact she didn’t tell Yazan she was still married. Banks said this drama is coming soon and will “blow a lot of peoples’ minds.” Watch the full interview in the video included here.