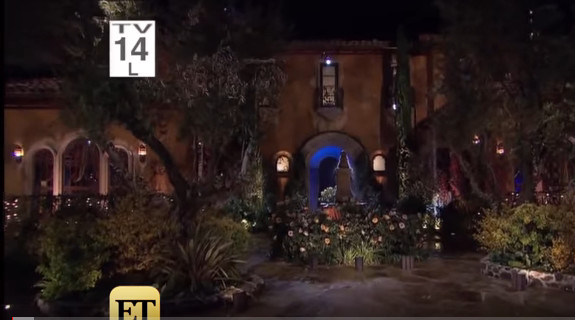 The huge mansion backdropping the glistening driveway is a Bachelor Nation staple. The 10,000-square-foot home has seen more than its share of love connections and broken hearts. The ABC show has filmed there for years.

Until 2020. Due to the coronavirus pandemic, production for Season 16 of The Bachelorette had to move somewhere else. The Clare Crawley/Tayshia Adams season filmed at La Quinta Resort and Club.

If you’ve always dreamed of staying in the mansion without appearing on a dating competition, now is your chance!

Like the roses, the Bachelor mansion is almost a character of its own. The front entrance is where the Bachelor or Bachelorette lead meets their prospective spouses. Cocktail parties, make-out sessions, the rose ceremony… Every room in the mansion has history with the various contestants over the years.

But since ABC couldn’t film there this year, it seems the owner is expanding to fans for income. Bachelor Nation fans on Reddit spotted the mansion on the popular rental site Airbnb.

How Much Will A Night at the Expansive Home Set You Back?

Get ready for sticker shock. One night at the Bachelor mansion will set you back $6,000! It may be worth it if you bring some friends to reenact your own ‘stepping out of the limo’ moment. Limo rental price not included!

If you think a few thousand is a steal, there are some pretty strict rules for renters.

The owner of the Bachelor mansion has no qualms about letting in ABC’s cameras. But letting in cameras from bookings on Airbnb is a no-go. Fox News reports that professional photography or filming are both prohibited at the location. In addition, so are parties and gatherings. So much for hitting your friends up for chipping in on the rental fee!

The Airbnb listing cautions eviction and calling the authorities if the rules are not followed. Criminal charges of trespassing are even threatened.

The Bachelor mansion may be available for rent now. But with those rules and price tag, is it worth it? Open House TV did a walk-through tour of the mansion a few years ago. Watching the house tour on YouTube may be as close as most Bachelor Nation fans get to the mansion.