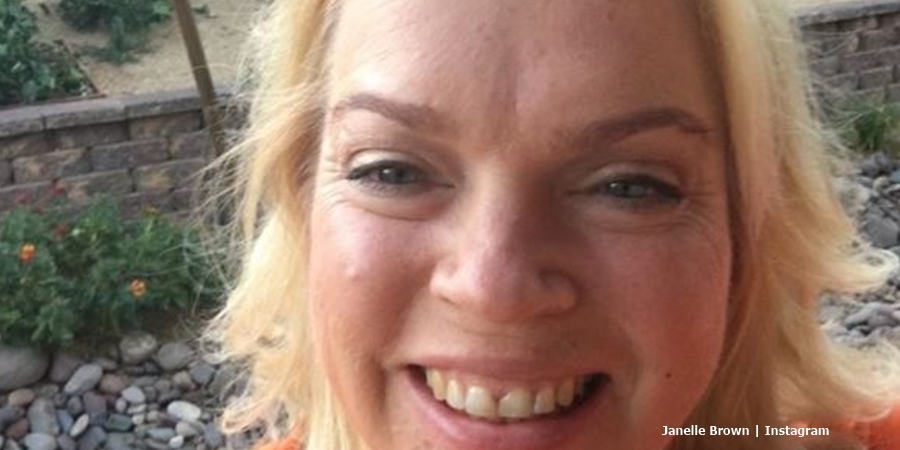 Sister Wives fans know that Janelle Brown loves the different food associated with the seasons. And almost every year she shares about her favorite Pumpkin Spice Latte. So, with Thanksgiving and the Christmas Holiday season rolling around, she turns her thoughts to her best-loved type of cake.

Sister Wives – Janelle Brown’s a bit of a foodie enthusiast

Fans of the TLC show who follow Janelle Brown often chat with her about recipes, different types of food, and her interest in growing her own herbs. One of her best things to do is to go and browse the farmers’ markets. Even when she leaves Flagstaff and heads to North Carolina to visit Maddie Brown Brush, she finds one. Certainly,  it looks like she simply can’t resist looking through all the tasty, and healthy goods on offer.

The Sister Wives‘ star now turns her thoughts to the winter season and all the delicious food associated with Thanksgiving and Christmas. And, she talked about fruitcake. Interestingly, “Fruitcake is easily the most hated cake in the existence of baking,” according to Huffington Post. Do you know it can last for up to 25 years and remain edible?

Taking to her Instagram on November 12, Janelle Brown shared a photo of a store-bought fruitcake. Her caption noted, “Maybe this will be one of the most controversial posts I’ve posted for a while 😂. I confess, I think I may be the only person in my sphere that likes fruitcake.”

And then she asked her TLC fans if she’s
“the only one?” Plus, she commented on the long shelf life. But she feels, “Granted it’s shelf life does make it seem a little suspicious, but whatever, I still like it 😀.”

Well, a long shelf life possibly comes from all the surgery, fruity contents. The Daily Meal notes that the US tradition came from the UK. But, the Romans made a fruitcake of sorts that sounds rather unpalatable. Called “satura,” the ingredients included “pine nuts, barley mash, pomegranate seeds, raisins, and honeyed wine.” But Janelle is not the only one who never gave up on fruitcake and some Sister Wives fans also enjoy it.

Some people also confessed they love fruitcake. And some interesting ideas arose. One fan noted, “I love it! I have a homemade recipe, i put cream cheese on it!” And, Janelle replied that it “sounding intriguing.” Another person who enjoys this particular cake a particular way suggested an idea.

She commented, “I knew an elderly lady who made her own and week before Christmas she soaked it in Rum…then when sliced at Christmas they spread cream cheese on it…I never liked fruitcake but her’s was delicious…”

What are your thoughts about fruitcake? Do you enjoy it, or just try and disguise the taste with other things? Sound off in the comments below.