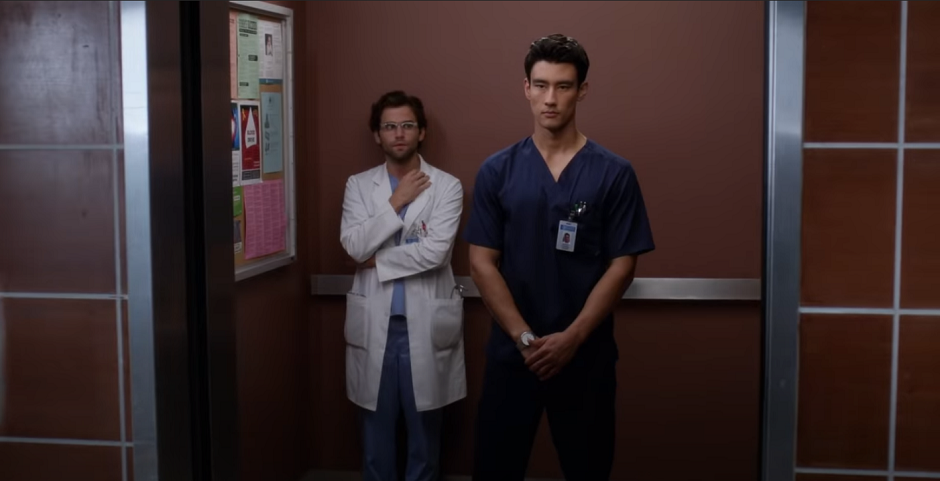 Grey Sloan Memorial may be getting ready to lose one of its own. Grey’s Anatomy actor Alex Landi has a recurring role in The CW’s Walker.

Deadline shared the news, but didn’t offer many details about what it could mean for Nico on Grey’s Anatomy. There is a chance that Landi could continue playing both roles, but it will depend on the plans for his role on Walker.

Who Will Alex Landi Play on Walker?

Landi is Bret, the fiance of Liam Walker, played by Pretty Little Liars‘s Keegan Allen. Yes, the reboot will feature a gay couple, and this is nothing like the storyline for Glasses on Grey’s Anatomy. Instead of only just starting their relationship, the two are engaged and totally in love. That doesn’t mean their relationship is perfect, or that they’re on the same thought process when it comes to living arrangements.

Bret thinks that Manhattan is where they need to live. It will be an extravagant lifestyle, especially compared to the life that Liam has grown up with in Texas. It doesn’t sound like this is something Liam wants for his life, which could lead to some relationship problems along the way.

It’s worth pointing out that Landi’s role is just a recurring one. That could change along the way on Walker, but it does suggest heartache for the two characters.

What Could This Mean for Nico on Grey’s Anatomy?

Is there any need to worry that Levi is going to lose his on-off boyfriend on Grey’s Anatomy? Not quite just yet. Again, the role on Walker is a recurring one. This could mean Landi is only on Walker for a few episodes.

However, fans could see Nico disappearing for a while or choosing to leave the hospital. Now that he and Levi have broken up (although not seemingly permanently), it could be time for Nico to go and allow Levi to find love with someone else. Another option is that he contracts COVID and dies, although it looks like Meredith is the one to get sick on Grey’s Anatomy. The show may choose not to mention him at all. It wouldn’t be the first time a character has left without acknowledgment.

It’s worth pointing out that both the medical drama and the western cop drama film in different states. While Grey’s is in Los Angeles, Walker is filming in Austin, Texas. Usually, this wouldn’t be a problem for some actors to move back and forth. Schedules can be organized pretty well. However, in a time of COVID, it will be hard to move back and forth. For safety sake, Nico could be written out, even if just temporarily.

What do you think about the possibility of Nico leaving Grey’s Anatomy? What do you hope to see from Alex Landi’s character on Walker? Let us know in the comments below.

Walker will premiere in January 2021 on The CW. Grey’s Anatomy airs Thursdays on ABC.